Do electric vehicles really cost less to own than gasoline and hybrid vehicles? The State of Washington thinks so, announcing it had purchased 130 electric vehicles (EVs) in April. Most of these are longer range battery-electric vehicles, the Chevrolet Bolt EVs, which provide an estimated 238 miles per charge. Staff analysis shows the total cost of ownership to be lower than the cost of hybrid and gasoline-powered vehicles.

Of the 130 vehicles purchased this year, 101 vehicles are managed by the Department of Enterprise Services (DES), which oversees about a third of the state fleet, consisting of mostly light-duty vehicles. DES is also helping agencies meet Governor Jay Inslee’s EV initiative, that at least 20% of all new state passenger vehicle purchases are electric vehicles starting in 2017.

“There’s a very logical cost case for EVs in the State of Washington,” said Dan McConnon, director for the DES' Office of Efficiency and Environmental Performance Program. “We have low [cost] power that’s very stable, and relatively high gas prices. We are third lowest in the nation in electricity [cost], and we’re third highest in gas [cost]. The savings to us make a lot of sense compared to a lot of other states.”

In working with state fleet managers, McConnon’s team discovered the two major barriers to adopting EVs: range anxiety and lack of charging infrastructure. That’s why the majority of the BEVs purchased this year were Chevrolet Bolt EVs. With the vehicles’ longer range, the problem went away.

“We worked with agencies to identify the EV-ready vehicles,” McConnon said. “There were about 1,700 in our fleet, and we placed the first order. The idea is that we will turn the fleet over through natural attrition, over time.”

The state took delivery of the last of its EV order this month, and the DES is prioritizing installing Level 2 charging stations at locations where the EVs are housed. DES is also asking landlords of the real estate it manages to update lease agreements so that EV charging infrastructure will be required.

George Carter III, fleet operations and parking manager, DES, said on average, the fully loaded cost for each charger head and installation is $8,000-$10,000, and fleet staff is encouraging agencies to install dual-head chargers.

“Something we’re focusing on is adding infrastructure for future chargers, so if you put in four chargers, we’re adding in a bigger conduit so we can support four more chargers in the future. It’s a very minimal cost to do that, but in the future, it saves you thousands of thousands of dollars,” Carter said.

Between favorable pricing for volume purchases, lower maintenance costs, and lower fueling costs, McConnon said DES staff estimate that the Bolt EVs will cost nearly $4,000 less over its lifecycle than a standard hybrid sedan. That’s estimating 115,000 miles at retirement and includes a projected resale value comparable to that of hybrid vehicles.

As for maintenance, Carter said DES-managed vehicles located near the capital, Olympia, can get routine maintenance at the DES fleet facility, while those outside the area will go to the GM dealer network.

He added that with the state’s shorter-range EVs that it has owned for a few years, he hasn’t seen temperature-related battery problems. And while the state still has its shorter range BEVs, Carter said he expects DES to focus more on buying longer range BEVs from now on.

“Due to Bolt EV’s extended range and spacious interior, it’s the perfect administrative vehicle for state and municipal fleets,” Bowden said. “Also, it offers the range required for administrative pools, and [the] Bolt EV can be recharged quickly with the DC Fast Charge capability — providing up to 90 miles of charge in about 30 minutes of charge time.”

Because DES has a larger number of vehicles that fall under the governor’s mandate — passenger vehicles — most of the EVs are going to DES customers. The other fleet vehicles are managed by the Washington State Patrol, Department of Natural Resources, and the Department of Transportation. As additional classes of electric vehicles, such as pickup trucks, minivans, and SUVs, become available, the variety of EVs within the State of Washington fleet will continue to rise, Carter said.

For now, McConnon believes the governor’s 20% mandate will be easy to hit. In fact, 29% of the state’s passenger vehicle purchases from the 2017-MY are battery-electric vehicles. If you count plug-in hybrids, the percentage increases to 36%, he said.

Local government agencies can use the state contract to purchase electric and other alternative-fuel vehicles. While the state has been the biggest EV purchaser off its own contracts, the City of Seattle, the University of Washington, and King County have also made significant purchases of EVs off the state contract.

The conference, dedicated to mobility solutions for fleets, will return to The Forager in San Jose on Nov. 9-11. 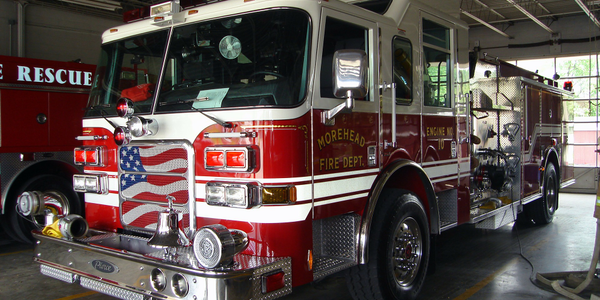