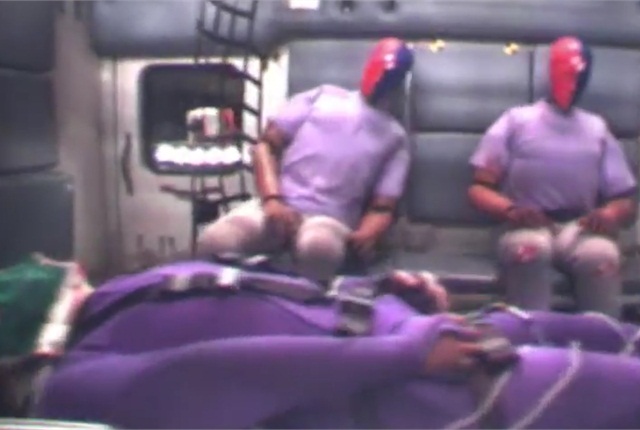 Emergency medical service (EMS) providers riding in the back of ambulances are currently at a high risk of injury during a crash or an evasive traffic maneuver if they’re not using restraints, NIST said. (To view a video featuring NIOSH crash tests on ambulances with traditional safety features, click on the photo or link below the headline.) However, EMS workers often complain that restraints make it difficult to access and treat patients in transit.

Trading off protection for function often comes at a price. Between 1992 and 2011, the National Highway Traffic Safety Administration (NHTSA) estimates there was an average of 4,500 vehicle crashes involving ambulances annually, a third of which resulted in injuries. The crash statistics also show that 84 percent of EMS providers riding in the patient compartment were not restrained and only 33 percent of patients were secured with both shoulder and lap restraints.

“With the new design standards, emergency personnel should be able to do nearly 95 percent of their tasks while properly restrained,” said Jennifer Marshall, homeland security program manager in NIST’s Special Programs Office.

“For the first time, we now have a voluntary consensus standard that includes testing and performance requirements from a crash perspective,” Marshall said. “Those requirements range from ‘soft’ recommendations, such as countertops and work surfaces designed to keep items from falling off, to ‘hard’ directives such as how the patient cot and caregiver seat are positioned.”

The new standard (NFPA 1917, 2016 Edition) will go into effect on Jan. 1 of 2016. NIST and its partners are now working with ambulance component and vehicle manufacturers, the National Association of State EMS Officials, trade organizations, and state and federal government entities to increase awareness and foster understanding of how to improve ambulance safety using voluntary consensus standards.

Additionally, the agencies are also collaborating with NHTSA’s Office of Emergency Medical Services and the General Services Administration on a project aimed at creating 10 new ambulance crash safety test methods. The project, which began in 2009 and extends into 2016, has already produced six recommended practices published by the Society of Automotive Engineers (SAE) and referenced by other national standards. Also involved in this project is the ambulance manufacturer’s division of the National Truck Equipment Association.