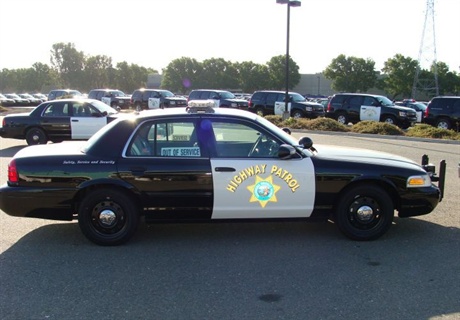 SACRAMENTO, CA - The California Highway Patrol's fleet commander is lobbying for more than half of an order of about 750 patrol cars for 2011 that has stalled due to the state's economic woes.

Capt. Bill Peters, commander of the CHP's Fleet Operations Section, has also split replacing motorcycle units over two years, and begun rolling out a pilot program of a new in-car equipment management system he says will increase officer safety by reducing the amount of gear in the cruiser's cockpit.

While emergency vehicles were exempted from Gov. Jerry Brown's Jan. 28 Executive Order B-2-11 that limits new-vehicle purchases and effectively halves the state's passenger vehicle fleet, Peters was limited to 500 total vehicles in the fall. A second request for 428 black-and-whites has yet to be approved.

"It doesn't apply to emergency vehicles," Officer Adrian Quientero tells POLICE Magazine. "The purchase order has gone through. That money has been allocated."

The 500-vehicle limit came, after an initial request for 732 black-and-whites and 10 white patrol cars was turned back by state adminstrators. Earlier this month, Peters successfully placed an order for 329 2011 Ford Crown Victoria Police Interceptors (CVPI) in their final model year.

The agency will purchase Ford CVPIs in their final year of production, before choosing a new patrol car in 2012. Options include the Chevrolet Caprice PPV, Dodge Charger Pursuit and Ford Taurus-based Police Interceptor.

"We understand we'll have to go to a different car, but the only thing available now is the Dodge Charger," Peters tells POLICE. "The Chevy Caprice won't be available until July. The Ford PI won't be ready until December."

Playing into the decision to retain the Ford for one last year was the agency's decision to purchase Rockwell Collins' iForce System, which the CHP has renamed the Consolidated Patrol Vehicle Environment (CPVE). Rockwell Collins' system, which was designed around the Ford CVPI, allows an officer to control the sirens, light bars, spotlights, radio gear, and laptop via a touchscreen monitor mounted in the dashboard area. The system allows much of the police equipment to be added to trays in the cruiser's truck.

In early January, the system was added to 35-40 cruisers at the Woodland and Yuba Sutter stations west and northeast of Sacramento respectively.

In his initial order, Peters was also approved for 171 Kawasaki Concours 14P motorcycles. The agency's current motorcycle fleet consists of 382 BMW 1100, 1150 and 1200 bikes that are expected to be fully replaced during a two-year purchase contract.

California entered into the contract with Beaudry Motorsports, of Post Falls, Idaho, authorizing Beaudry to supply as many as 336 bikes. In a fleet report, the CHP estimated it would cost $6 million to replace its entire motorcycle fleet.