Having an effective succession plan in place can either make or break a government fleet organization. Not having a plan can leave gaps in productivity and consistency, while a good plan can help preserve peace of mind by ensuring the hiring of top talent, reducing the level of mistakes, and boosting overall morale and retention.

A recent survey conducted by Government Fleet found that most fleet professionals have a succession plan in place, with 79% actively training someone currently on staff to take over.

In the City of Orlando, Florida, David Dunn, CFM, the city’s former fleet and facilities division manager, did just that before handing over his fleet-specific duties to a new leader within the organization.

In June, Dunn transitioned all his fleet responsibilities to Jonathan Ford, MPA, CAFM, the city’s current fleet division manager, in preparation for his eventual retirement. Even though Dunn plans to work as the city’s facilities division manager over the next 2 1/2 years, he said the past 15 years with the organization have taught him the importance of timing and team-building during the succession planning process.

“It's difficult to just extract information and pass it along to another person,” he said. “This process needs to occur over a long period of time while still building connections with employees. I've told all of my direct reports, including Jonathan, that they were the potential pool of candidates that were going to be considered, and I have worked to invest in all of them the knowledge to take on my leadership responsibilities.”

"The more time you have to pass information on to your subordinate or your replacement in that aspect, the more information they will retain and the more seamless the transition is going to be." — David Dunn, CFM, facilities division manager, City of Orlando, on why timing is key for succession planning.

Like many other fleet managers, Dunn said his main priority for succession planning has been promoting from within to provide a continual career path for his employees.

“This makes the transition go much smoother from a standpoint of employee roles,” he said.

Over the last five years, Ford worked as one of Dunn’s direct reports before heading up the city’s fleet. Having an increased amount of time to prepare for and learn about Dunn’s role, allowed him to have "a truly seamless transition."

"The more time you have to pass information on to your subordinate or your replacement in that aspect, the more information they will retain and the more seamless the transition is going to be," Dunn said.

Playing up the strengths of those preparing for new leadership roles can also ease succession planning.

Dunn and Ford both come from military backgrounds and understand the level of responsibility that comes with handing off a command.

“In the military, we always had to prepare ourselves for that next position, no matter what position we were in,” Ford said. “This can be a helpful quality to have no matter what your role is in the fleet world — starting out as a division manager, fleet manager, or superintendent for that matter.”

Identifying a Chain of Command

One of the things that the City of Orlando has done over the last several years is making sure that it has clearly defined its processes on both the fleet and facilities sides of the organization.

“We've taken those processes that we have intuitively been performing, and we put pen to paper so that somebody coming in could quickly grasp how things are supposed to be done,” Dunn said. “All of my direct reports, including Jonathan, have been very engaged in these decision-making processes, learning how we do what we do.”

Creating a plan for vehicle acquisition and disposal can have a huge impact on your fleet’s bottom line. We've broken down all of the facets to consider when building your vehicle replacement strategy. 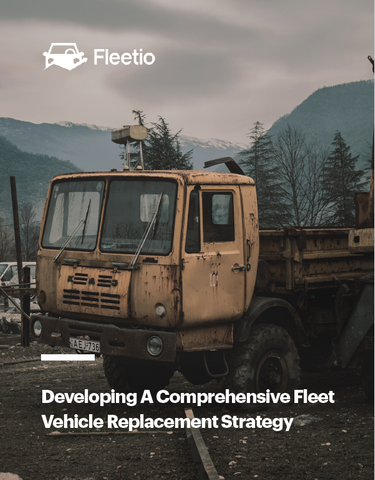 During the COVID-19 pandemic, for example, Ford consulted with Dunn early on about how the city would conduct training for its fleet mechanics amidst ever-changing safety protocols. The team had to make the difficult decision of hosting training within a two-week period rather than over the course of the usual 12-month period.

"We did this on both the fleet and facilities sides, where we sent a third of our team home at a time so they can focus on the certifications that they needed to maintain," Dunn said. “We didn't want to violate the chain of command because we wanted those in the chain of command, like Jonathan, to be able to perform, supervise, and lead."

The best thing you can do, once you have empowered people to do what they need to be doing, is to get out of the way and let them do it, Dunn said. Do away with micromanaging to ensure full confidence in your organization's succession plan.

“In my mind, this is the fastest way to train people and to identify issues that might need to be addressed and talked about,” he said.

Since transitioning his leadership to Ford, the organization has continued to move forward with several major projects, including the expansion of the fleet division's 420-kW solar array system. The expansion would bring an additional 280-kW that will be installed over the location where the city parks its 32 electric vehicle motor pool units.

"The project is ready to go, but we're just waiting until January when we hope steel prices start to come back down," Ford said.

He and Dunn expect the project to be complete by fall 2022.