It features 207 lb.-ft. of torque, with a turbocharged 74.3-hp Deutz 2.2L diesel engine. Drive motors transfer the torque to ASV’s patented internal-drive sprockets. Internal rollers reduce friction loss in the undercarriage, resulting in maximum power being transferred to the track regardless of drive speed.

A Machine for All Seasons

With the machine’s low ground pressure, it works well in wet mud and other summer conditions, and Storlie said the machine’s snow performance was strong.

“We’re getting a lot of business on the snow-removal side,” he said.

Comfort for All Seasons

Storlie said operators will like the new machine’s suspended undercarriage, and he discussed its torsion axle suspension. With a suspension system made up of two independent torsion axles per undercarriage, users will experience a smooth ride over various types of terrain.

“By suspending the track system from the machine, that really provides the first level of comfort,” Storlie said. “The operator feels a lot less of the ground. The suspension can suck that up.” He said the VT-70 High Output compares well against competitive track loaders that are non-suspended or have a rigid frame.

“In a rigid frame design, you’re going to kind of feel everything on the ground,” he said.

Asked specifically about how the VT-70 High-Output can benefit government agencies, Storlie emphasized the machine’s year-round performance and its strong serviceability.

“Plus, the power to handle any number of different attachments creates a versatile piece of equipment that results in a high ROI,” Storlie added. 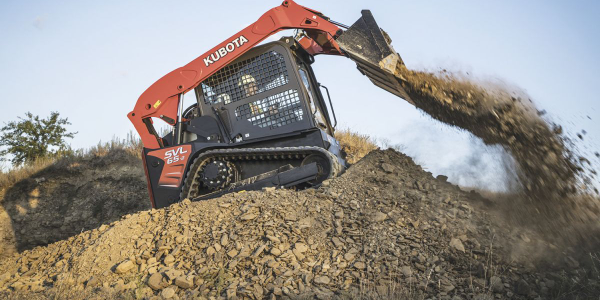