Stellar Industries, Inc. has introduced the Models 3315 and 4421 telescopic cranes. These cranes offer maximum lifting capacities in 3,200 and 4,000 lbs., respectively. New to both of these cranes is the internal cylinder extension system. This new system is designed to the same standards as the Stellar heavy-duty crane line and now has the same look and feel as these larger cranes as well.

Every electric, on/off, or proportional 3315 and 4421 crane comes standard with the Stellar CDT (Crane Dynamics Technology) system. The Stellar CDT system is a proprietary collection of revolutionary, industry first features that control, power, and monitor these new cranes. The Stellar CDT equipped cranes will engage and communicate with the crane operator by using multiple sensory indicators when approaching maximum capacity, according to the company.

Three main features of this crane include the use of colored LED lights and pulsating vibrations transmitted thru the handheld remote handle. Some Stellar CDT systems will also allow the operator to go into a Boost Mode and operate at 118% of its normal operating capacity for a short period of time when at maximum capacity. The third revolutionary feature of the new Stellar cranes is the ability to function in safety mode when a safety feature is damaged or malfunctions.

The 3315 and 4421 cranes offer optional boom configurations of two hydraulic boom extensions. The standard configuration is one hydraulic and one manual extension.  Both cranes offer market leading boom articulation of -8 degrees to +80 degrees. This allows the operator both easy reach to stow the snatch block as well as offering maximum ability to load items into the load bed. An additional new feature to these cranes is the quick release snatch block stow hook. This can be found on the underside of the boom and allows the operator to easily un-stow and stow the snatch block. When the boom is raised to 60 degrees, the unique design allows the snatch block to gently release ensuring a safe and orderly deployment. 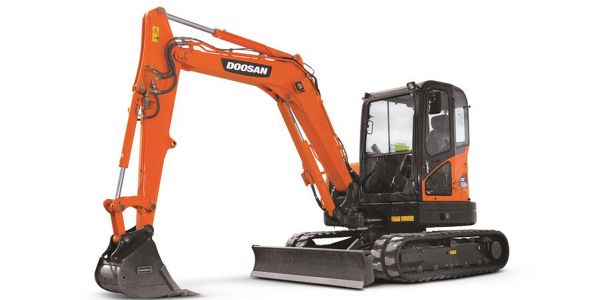 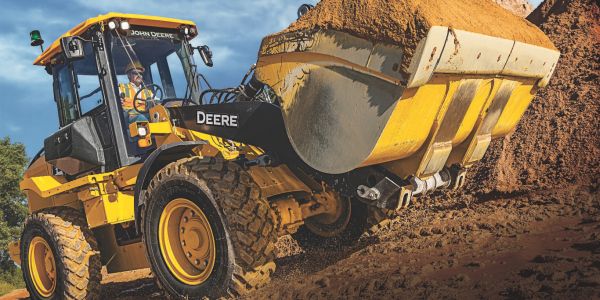 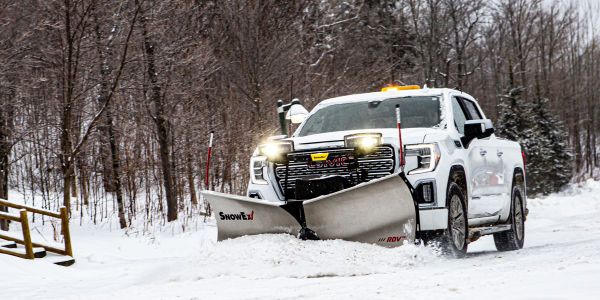 Constructed of high-strength, low-alloy steel, the RDV V-plow is stronger and lighter than conventional steel and configures to varying vehicle heights for optimum performance on some of the most popular truck 1/2-ton truck models. 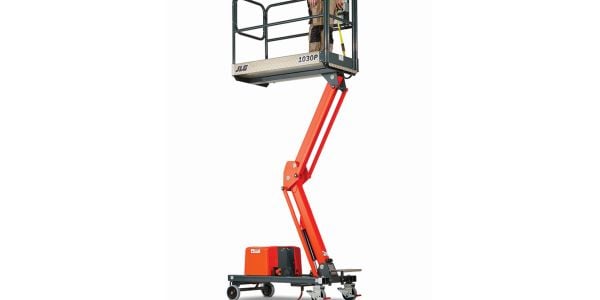 JLG Industries is expanding its low-level access line, designed with a compact footprint to make it easy to push into place. 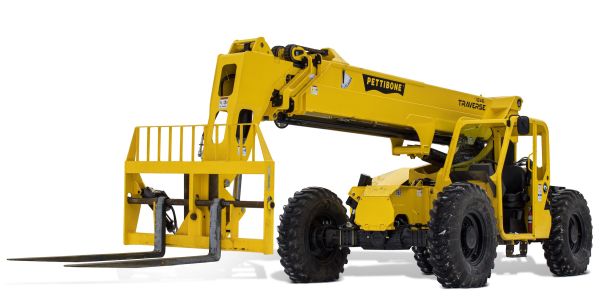 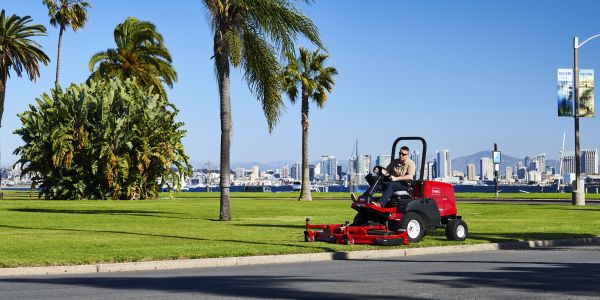 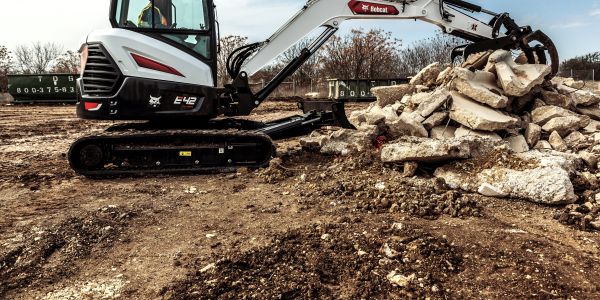 Bobcat Company’s R2-Series compact excavators pack the digging power of a larger machine into a compact frame that can fit into small jobsites. 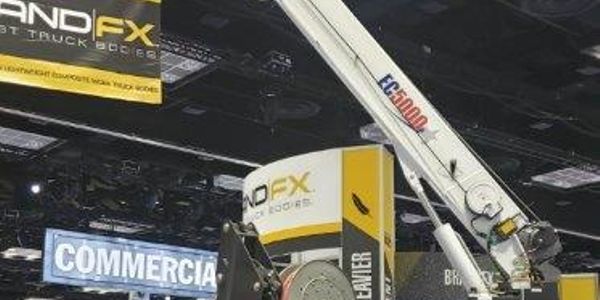 BrandFX launched its BFXB 84TXT with modified space for a back hoe and crane. 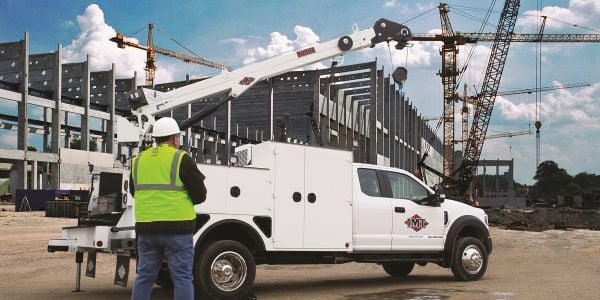 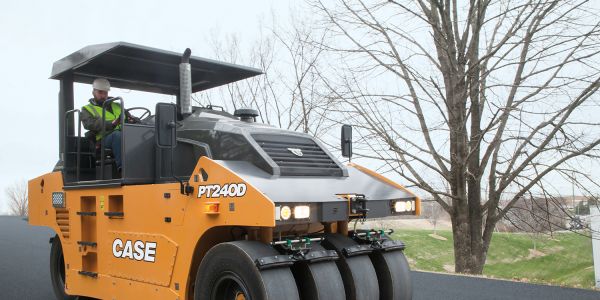 Case's PT240D is built for sub-base and asphalt compaction on large-scale road and highway projects and airport runways.