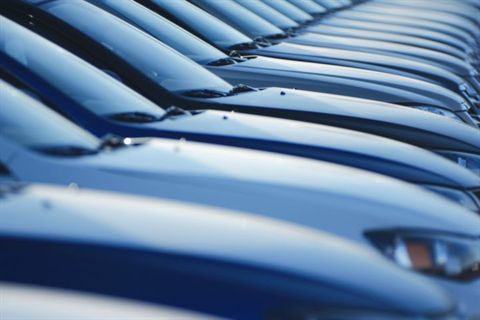 For many years, a discussion of vehicle leasing was most often related to the private sector. With the notable exception of the State of Michigan, which has leased vehicles since 1995, government fleets simply did not lease vehicles; they purchased them. This paradigm was predicated on the practice of government vehicles having a longer lifecycle and the "run it into the ground" approach asserted as the most cost-effective method for operating a fleet of vehicles. Today, many government fleet managers see the value of operating a younger fleet, but with limited and scarce availability of budget dollars, they find it difficult to actually change finance practices.

Before we explore the practicality of leasing, let's take a look at current funding choices fleet managers may consider in replacing fleet assets.

Note the terms "financing" and "funding" differ in meaning, although they are sometimes used interchangeably. The financing of a fleet is the method used to pay (e.g., cash, lease) for the acquisition of vehicles and equipment. Funding is the amount of money needed to acquire the assets under a particular financing method.

When considering how to pay for the acquisition of fleet assets, the fleet manager should look at each of the various methods to finance the amount of required funding. Since year-over-year funding requirements can vary dramatically depending on the age mix of the fleet and historic funding availability, the selection of a capital financing method is very important relative to the current replacement of vehicles and the future overall age of the fleet. The fleet manager should estimate both the total cost and annual budgetary funding requirements associated with each type of capital financing considered.

1. Annual Appropriations of Cash. This type of pay-before-you-go approach to financing historically results in significantly fluctuating annual outlays as adequate funding is unavailable to purchase the desired number of units. Even during good economic times, securing sufficient funds to replace vehicles and equipment in a timely manner is a challenge for many public sector organizations. This reluctance is greatly impacted by the large numbers of vehicles that may need replacement in some years and the inability of certain capital financing approaches to effectively deal with the resulting replacement spending needs, inherently uneven from year to year.

Most organizations, particularly in the public sector, do not have a good mechanism for accommodating year-to-year changes in spending requirements when the source of funds for such expenditures is relatively static. In other words, regardless of current or past economic conditions, the cash finance approach almost always results in underfunding replacement purchases.

With today's budget crisis and tight availability of funds, many government fleets find themselves particularly hard- hit with a growing lack of annual funds to replace vehicles. Finally, the cash finance approach does not promote recognition of vehicle capital costs or management of total cost of vehicle ownership since once vehicles are purchased they are viewed as "free" by organization staff.

2. Reserve Fund and Chargeback System. Under this method, cash reserves are accumulated in a special account or revolving fund, usually through the use of an internal lease or replacement cost charge-back system. This pay-as-you-go approach makes year-over-year funding requirements smooth and predictable and when managed properly, promotes recognition of fixed costs. However, during tough economic times, cash reserves are susceptible to raiding for other purposes. In addition, revolving funds and cost charge-back systems are difficult to properly administer and costly to initially create if a backlog of replacement or growth needs exists.

3. Purchases Financed with Loans. This pay-as-you-go approach includes both term loans and "lease purchases" and is available from commercial banks and other lending institutions. This type of borrowing promotes recognition of the fixed costs required to make a vehicle available to users. It requires long-term perspective and commitment and is difficult to stop using once implemented. Historically, the public sector has not considered this option due to the involvement of interest cost. However, these costs can be offset by lower lifecycle costs that occur when fleet vehicles are replaced in a timely manner.

4. Purchases Financed with Bonds. This pay-as-you-go approach promotes recognition of the fixed costs associated with the provision of a vehicle through various types of bonds as the finance source. These include: commercial paper, certificates of participation, general obligation bonds, and revenue bonds. However, bonds are highly political, often constrained by borrowing caps, and more complicated to administer than other types of borrowing. Moreover, improper use can result in ever-increasing debt burdens.

Leasing can be confusing, and there are dozens of different lease structures. Nevertheless, for fleet managers, it is important to understand that fleet leases are NOT like the leases offered by dealers for individuals. In fact, operationally they are much more akin to a lease-purchase arrangement.

Capital leases are essentially a purchase agreement with a loan by which the leasing company recovers most of the capital cost over the life of the vehicle. Vehicles financed through a capital lease will be on balance sheet, and ownership is typically transferred to the lessee at the end of the lease term, usually for a "bargain" price (e.g., $1). Capital leases are also known as "finance" leases.

Operating leases are widely used by corporate fleets, and assets are off balance sheet. Lease periods are highly flexible when compared to capital leases. Operating leases may have an open-end or closed-end term:

[PAGEBREAK]Click here to view the print version of this article with charts.

Leasing: An Opportunity to Generate Cash

Leasing presents an opportunity to generate a sizeable amount of cash while replacing vehicles overdue for renewal. This practice is known as a sale/leaseback and enables the fleet organization to sell assets to a leasing company and lease them back. There are advantages and disadvantages to engaging in this exercise. To begin, the lessee must be creditworthy, which in today's economic environment presents a problem for many government fleets - states in particular. If the organization is creditworthy, and depending on the fleet size, the sale of its fleet assets can represent tens of millions of dollars of ready cash.

Drawbacks include the costs of re-registering the fleet to the new owner and the liability of paying sales tax for the sale of the vehicles to the leasing company. The sales tax can be included in the capitalized cost of the vehicle (rather than a one-time payment). However, the lessee must then pay interest and administrative fees to the leasing company for the additional amount.

As previously stated, most fleet management companies do not want to assume added risk and serve as purely lenders of cash. Instead, they want to balance their risk with ongoing fleet management services such as management of maintenance and repairs, fuel cards, traffic violation processing, registration renewals, and other services for which a third-party vendor is involved.

Financing with Loans or Leases: The Fleet Advantage

To explain why loans and leasing are an attractive alternative financing source for replacement vehicle funding, let's look at a replacement analysis of a sample city fleet of about 3,100 vehicles and pieces of equipment. This particular organization, an actual client of Mercury Associates, had a backlog of $28 million based on the city's planned (and overextended) replacement policy of 10 years as reflected in Chart 1. It should be noted that even if the sample city could appropriate $28 million in any given year, it would be unwise to do so. Funding needs for all subsequent years would be "lumpy" and operationally replacing the number of units would be unmanageable. Therefore, any final replacement forecast must eventually be "smoothed."

In comparison, the recommended replacement cycle for this sample fleet is seven years, which results in an even larger backlog of $37 million as is shown in Chart 2.

Before moving forward to further analysis, the fluctuating acquisitions were smoothed by first replacing mission critical and less mechanically sound assets in year one and extending the life of other assets first contained within the $37 million backlog. By smoothing and adjusting the replacement plan (with proper seven-year replacement cycles), the backlog was reduced to $11 million and can now be compared to funding requirements to replace fleet assets with cash, reserve funds, loan, and operating lease as is shown in Chart 3.

Whereas cash and reserve financing require outlays of about $11 million per year, leasing or loan (lease-purchase) payments provide the opportunity to replace vehicles at a greatly reduced budgetary cost over the initial five years of the new financing methods.

A closer look at the cash outlays is displayed in Chart 4. It is important to note we are looking at only the capital cost of the vehicles. As indicated, timely replacement of vehicles generally leads to lower operational costs. Therefore, while loan and lease purchase payments exceed cash payments in later years, these capital costs will be offset by the decrease in operating costs. Further, the finance alternatives free-up scarce funds for use in the organization's primary service areas.

When comparing the outlay of cash - either through cash or a reserve fund - to financing through a loan or operating lease, the latter approaches provide savings (i.e., cash outlays) of up to $27.6 million over a 10-year period. In this particular case, borrowing funds through the loan scenario was the lowest cost alternative.

A Word About Differences Between Types of Leases

U.S. regulations that specify how leases should be accounted for are issued by the Financial Accounting Standards Board (FASB), a Norwalk, Conn.-based private organization officially recognized by the U.S. government and the accounting profession as the rule-making body for accounting. Publicly-traded private sector corporations must comply with generally accepted accounting principles (GAAP), which means complying with FASB regulations.

For leasing, the main statement is known as FASB 13, based on the original statement issued in 1976. U.S. governmental accounting for leases is almost the same as for corporations, although the Governmental Accounting Standards Board's "GASB 13" (unintentionally the same number as FASB 13) prescribes different handling of some operating leases with scheduled rent increases.

Since 2006, the FASB has engaged in a project to revise lease accounting rules to be in line with international accounting rules. The goal is to promulgate a common international standard by 2011. This change may significantly impact many aspects of lease accounting because the International Accounting Standards Board (IASB) standards (known as IASB 17) are quite different than U.S. guidelines. Particularly notable are the tests for whether the lease term is 75 percent or more of the economic life and whether the present value of the rent is 90 percent or more of the fair value. The IASB does not use these two tests and prefers a "facts and circumstances" approach that entails more judgment calls. Many experts believe the operating lease used in the U.S. today will no longer exist at some point in the future.

In today's tough economic market, government fleet managers should make sure they have considered alternatives to funding their fleets through different finance methodologies.

About the Author
Janis Christensen, CAFM, is director of Corporate Fleet Consulting Services with Mercury Associates, Inc. She can be reached at jchristensen@mercury-assoc.com