The impact on governmental fleet managers from the economic stimulus bill (the 2009 American Recovery and Reinvestment Act) passed by Congress February 13 could be as high as $1.2 billion.

Yet the process of doling out that money and determining who gets what will take the next several weeks to implement. The message to current fleet managers is that now is the time to get your plans in place to vie for a piece of this federal pie. The trickle-down impact could be significant for many fleets around the country, especially those interested in upgrading their fleets with more energy-efficient options.

The bill, signed by President Barack Obama February 17, allocates $300 million for a federal fleet of hybrid and electric vehicles. Cars must be replaced on a one-to-one basis, and to remove a functioning government vehicle, the hybrid or electric replacement must have an improved fuel economy at least 10-percent greater than the original. 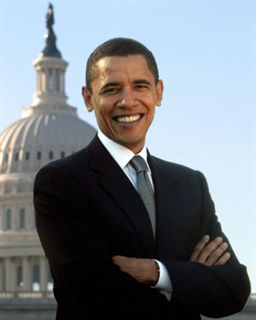 The original bill had earmarked $600 million for this program, but slashing that figure in half was one of the cuts made as Senate Democrats and Republicans compromised on the plan’s final price tag.

However, the $300 million will require local and state governmental departments to purchase hybrids, fuel-cell vehicles, or those powered by other alternative fuels, said Pat O’Connor, legislative counsel for the National Association of Fleet Administrators (NAFA).

“Even though hybrids or (alternative) fuels are a main part of this bill, there will be a positive ripple effect on the automotive industry in general and that will include public fleets,” O’Connor said. Increased purchases of automobiles for public fleets will help drive up revenues and perhaps ensure OEMs remain responsive to fleet customers as well, although that should be a customer expectation regardless.

Few fleet managers have a clear idea how the stimulus bill is likely to impact their fleet directly, but they all have ideas or wish lists of what they want to get done with federal grant money.

Hillsborough County, Fla., has been a proponent of right-sizing its fleet, ensuring it has the right piece of equipment doing the right job, said Fleet Director Sharon Subadan. The County has a few hybrids as part of its fleet currently, but little budget to add a significant number of new hybrid vehicles.

Federal grant money available through the stimulus could allow funding for the County to purchase the hybrid facility trucks they’ve been considering, but haven’t had the budget for in recent years, Subadan said.

“There are several different areas that probably are more pressing for us to consider such as implementing best strategies for saving energy,” Subadan said. “We want to implement an anti-idling mandate, but we really would require GPS tracking so we can identify which vehicles are idling on a regular basis.”

She added, “The hardest thing with idling is to know how to enforce it and which vehicles need that enforcement.”

Subadan isn’t sure if these types of technology offerings will be available as part of the federal grants, but she and her staff are researching the possibilities. “We can find ways to spend any federal money we get, but some of these technological upgrades would be extremely beneficial to our company,” Subadan said.

What may help Hillsborough County is its effective legislative liaison. Once official determine which programs are considered state grants and which are block grants, use of the funds will be clarified, Subadan said.

Other parts-funding mechanisms in the stimulus package that could impact public fleets include a $300 million line item for diesel emission retrofit pro-grams. The authorization for these grants has existed for nearly three years, but the severe recession prompted revisiting the funding as part of the $789 billion pack-age.

In addition, another $300 million is expected to be available to public fleet departments in the forms of grants to the Clean Cities program, again emphasizing hybrids and alternative-fuel vehicle purchases. This program will be managed by the U.S. Department of Defense, and the hope is the money will be made quickly available.

An additional $400 million is ear-marked for DOE grants for electric vehicles and other transportation electrification projects.

At one point in the Senate bill’s negotiations, $200 million was earmarked for purchasing light- and medium-duty vehicles for the U.S. military as well, but the provision also didn’t make the final budget cut. However, it is possible the military will receive additional funding for upgraded vehicles as part of other laws written in the coming months.

“I think what this package will allow is to speed up the process for fleet man-agers who have vehicles they have wanted to purchase for the last year to do so now,” O’Connor said. “The process will be expedited, at least for those who know what they want to buy and have researched hybrid and alternative-fuel vehicles.” 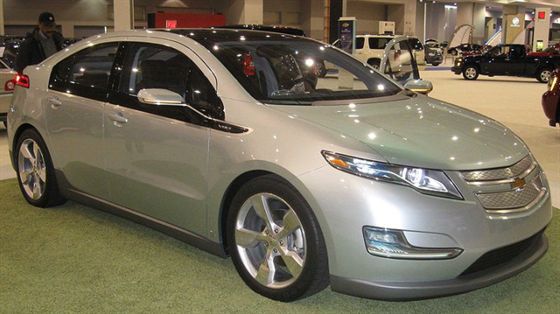 Public fleet managers should take steps now to secure their grants for some of these dollars. Distribution for the $600 million set aside for the DOE Clean Cities program, for example, will be managed by regional Clean Cities coordinators. These coordinators will be responsible for aggregating vehicle purchases under the plan. NAFA will notify members how to access the purchase groups.

The EPA will make funds related to the diesel emission retrofit program available to a limited number of non-profit entities, O’Connor said. The key information for public fleet managers is to find out who will develop the master grant application.

“The bottom line is that most fleet managers have an acquisition plan in place and may now confirm the purchase, or will decide to switch to hybrids or alternative-fuel vehicles because of the availability of grant monies,” O’Connor said. “That can be beneficial because it can help demonstrate to residents in your jurisdiction that you have a commitment to reducing greenhouse gas emissions and to do what’s right for the environment.”

Jon Crull, fleet manager for the City of Daytona Beach in Florida would definitely look at the purchase of hybrids and electric vehicles if stimulus money was made available to his department. “I would be in the market for approximately 25 vehicles or in the $750,000 range,” Crull said.
The Daytona Beach fleet currently operates four hybrids and five electric vehicles, comprising less than 1 percent of the total fleet.
“I can show a real need for vehicles that need replacement and that a hybrid vehicle would be an acceptable replacement,” Crull said.

The potential $300 million price tag to replace public fleet vehicles would not only positively impact fleet managers and public safety and governmental workers, but could help spur the economy, especially for the Detroit automakers. Such a plan would “be a huge boon” to struggling automakers, said Timothy Yeager, a former economist for the Federal Reserve Bank of St. Louis and a finance professor at the University of Arkansas.

“They’re really hurting right now, so that could give them a lift,” Yeager said in an Associated Press article. The $600 million figure represents a significant amount of money that would also strongly impact existing public fleet vehicle quality, he said.

And the need for upgraded public fleet vehicles is great around the country. One example is in Oklahoma City, where the City requires about $10 mil-lion annually to replace old police and fire vehicles. Current funding will last only for the next three years.

From 2001 to 2007, the City used the proceeds of a public safety sales tax to pay for new police and fire vehicles. When that money ran out, officials turned to a use tax that accompanied the MAPS for Kids sales tax.
Use taxes are charged instead of sales tax on goods bought outside the City, but used within city limits. Those taxes most often are paid by construction companies, hospitals, and other businesses that purchase large equipment.

State law allows the city council to establish an accompanying use tax when voters approve a sales tax.

It is recommended that funds from the MAPS for Kids use tax be allocated to pay for fleet replacement. However, once the money runs out in summer 2012, the council must find another way to pay for police cars and fire engines. Bonds are not an ideal funding source because the vehicles generally wear out before bonds are paid for, said City Manager Jim Couch.
It is too early to tell yet how much federal funding Oklahoma City or other governmental agencies may be eligible to receive. In some cases, federal stimulus money for vehicle purchases could delay some tough budgetary decisions facing jurisdictions throughout the U.S.