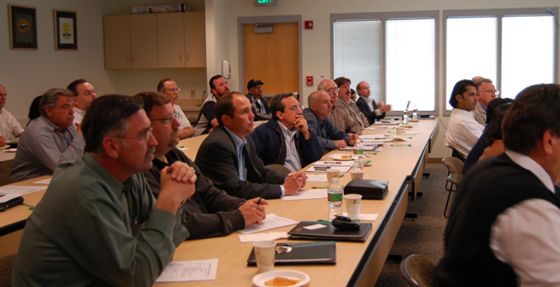 Approximately 40 participants from around the Los Angeles area and other parts of California gathered to hear from regulatory and industry experts on current emissions regulations, diesel PM reduction strategies, various timelines and reporting, alternative-fuel opportunities, state and local grant funding opportunities, and assistance for grant applications. 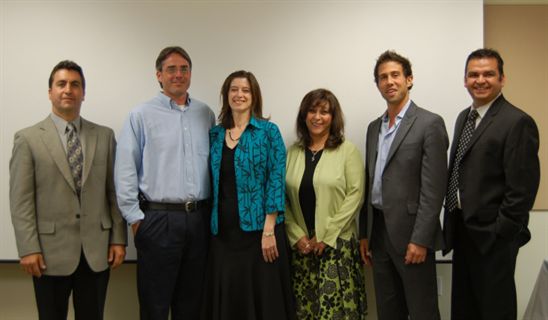 Attendees were able to ask questions throughout the presentations, as well as during a dedicated Q&A following the last speaker.

Issues addressed included the possibility of "rollover funding" for fleets that are not able to continue on with their share of the costs for a funded project. According to Cynthia Ravenstein, MSRC, the next individual/agency on the waiting list would be funded instead. "It isn't right for someone to keep hanging onto the money if someone else can use it," she explained.

In addition, Eloy Florez from the ARB emphasized to attendees the importance of specifying, during the bid process, which requirements the fleet is trying to meet, as well as how crucial it is for fleets to comply with idle regulations (i.e. $300 ticket for idling).

Several attendees also shared concerns about natural gas pipelines being disrupted by natural disasters, with one fleet manager citing the 1994 Northridge earthquake as example. "The natural gas lines were shut down for 24 hours," he said. In response, another participant said his agency now has a dedicated generator to make sure there is backup power when no electricity is available to pump fuel tanks.

After the presentations, attendees were invited to take a tour of Culver City's fleet facility.