The U.S. Postal Service has issued a production request for proposals (RFP) for its next-generation delivery vehicles (NGDV). The production RFP is not a contract award, the USPS noted. But after proposals are reviewed, the Postal Service will make a choice based on an evaluation of best value.

The NGDV is a planned replacement program for USPS's current Grumman Long Life Delivery Vehicles (LLVs) and E-85 Flex Fuel Vehicles (FFVs) used in delivery operations. The Grumman LLV has been in use since 1987 and the majority of these vehicles have reached the end of their 24-year operational lifespan. According to the most recent Federal Fleet Report, the U.S. Postal Service owned 42,059 FFVs as of FY-2018.

According to the RFP listing, offers are due March 27 (unless the deadline is extended). USPS expects to award the contract(s) for production this summer. Kim Frum, sr. public relations representative for USPS, told Government Fleet that the agency cannot comment on which companies are vying for the NGDV contract, their potential subcontractors, team members, or any other details.

The next generation of mail delivery vehicles has been in discussion for the past five years. USPS first issued a Request for Information and met with suppliers in early 2015 to field questions about the next-generation vehicle. In 2016, the agency awarded $37.4 million in contracts to six vendors to provide prototypes: AM General, Karsan, Mahindra, Oshkosh, Utilimaster, and VT Hackney. At the time, the agency planned to roll out the next-gen vehicle in 2018. 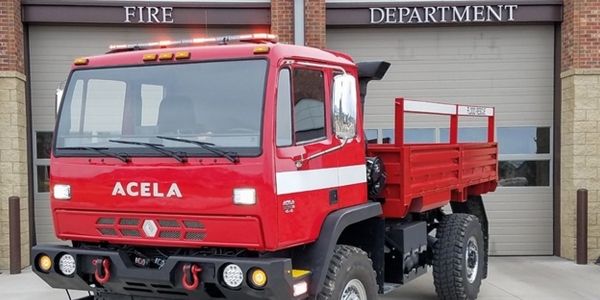