Various police departments have been adding armored vehicles to their fleets.

The Calaveras County Sheriff’s Office in California has added a Lenco BearCat G3, to be used in emergency situations such as active assailant incidents, hostage situations, armed or violent subject apprehensions, and search and rescue missions, the Calaveras Enterprise reported. The vehicle cost $328,450.

Maintenance and repairs will be performed by the department mechanic, which is expected to reduce costs versus other specialized vehicles, according to a Sheriff’s Office release. Funds for the vehicle came from the Sheriff’s budget and a nonprofit.

The Owasso Police Department in Oklahoma is set to purchase its own BearCat for $289,320, a purchase just approved by the city council, Tulsa World reported. This is the first armored vehicle to be used by the PD’s SWAT team, and the police captain said the vehicle will better equip officers in circumstances such as armed and barricaded subjects or hostage situations.

In Manitoba, Canada, the Brandon Police Service has taken delivery of an armored rescue vehicle (ARV) for nearly $400,000. The ARV is equipped with ballistic armor, can carry up to 10 officers, and is available to respond to high-risk incidents involving firearms and other dangers to officer and public safety, according to a release from the police service. Funding was obtained through federal forfeiture funds.

Following the Dec. 29 church shooting in Texas, several police agencies have amended their take-home vehicle policies to allow deputies to drive their patrol cars to church.

Unmanned aircraft systems offer many benefits to law enforcement agencies but only if properly trained personnel are using the right tools for the job and best practices are followed.

The Walla Walla Police Department in Washington has begun a drone program with the addition of three unmanned aerial systems.

Like tactical and bomb squad robots on land, remotely operated vehicles (ROV) can go places that it is dangerous for officers to go and protect their users from hazards.

A Lee County Sheriff’s Office (Fla.) officer faces charges of neglect of duty after failing to take his vehicle in to be serviced, leading to the hospitalization of his K-9 partner.

The Town of Westport's 2020 Tesla Model 3 is being upfitted with police equipment now. The agency hopes to get the Tesla ready for duty by the end of January 2020.

The Massachusetts State Police's bomb squad had a robot dog on loan, and it was used as a “mobile remote observation device." 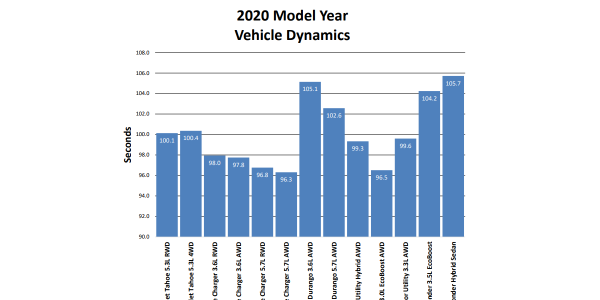