The City of Grand Prairie in Alberta, Canada, has added an autonomous snow-clearing and ice-control robot to its fleet for use on the city's network of trails. Eventually, the city hopes to use the robot to plow, sand, and salt park trails.

The RT-1000 from Colorado-based Left Hand Robotics is a fully autonomous snow-clearing robot that can clear up to 25 km of the trail on one tank of fuel and is equipped with an attachment that allows for autonomous sanding and salting. GPS sensors guide the robot along a route programmed by a city crewmember. A 56-inch-wide round motorized snowbrush is used to clear the trail or path within two centimeters of the programmed route.

The RT-1000 is equipped with radar, LiDAR, 360-degree cameras, and mechanical safety features to ensure accuracy and safety. A supervisor can remotely monitor the robot through a mobile app to track progress and access the cameras. The robot also features a lawn-mowing attachment that can cut up to 18 acres on one fuel tank.

With the addition of the RT-1000, the city hopes to provide a higher, more consistent level of service to trail users with no impact on staffing numbers.

The city shared a video of the robot in action:

We are excited to welcome to our snow-clearing fleet the RT-1000 by @LeftHandRobotic!

An automated snow plowing robot that can clear up to 25 km of trails on one tank of fuel. Watch it in action below or learn more here: https://t.co/Eg3kifMYyc #gpab pic.twitter.com/5c2oagLVKX 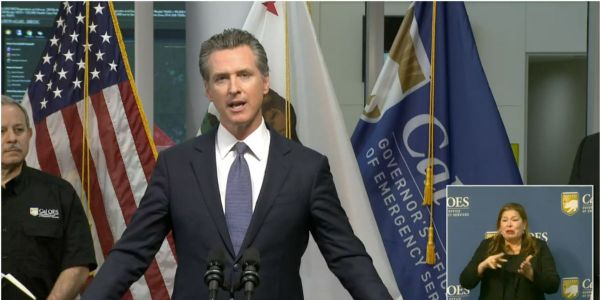