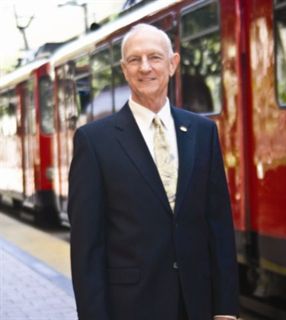 Without building teams at every level, an organization's members cannot improve individually or as a team."

With that statement, John Alley, CAFM, Government Fleet's 2010 Public Sector Fleet Manager of the Year, captures an essential hallmark of operations at San Diego's Fleet Services Division, where he has served as deputy director since 2007.

The GF award is a result of a team effort, insists Alley. That effort has been the critical component in a business process reengineering (BPR) program that dramatically restructured the City's fleet operations and produced many of the achievements noted in Alley's award nomination.

He retired as a full colonel after 30 years of U.S. Army service. Following a stint as the Washington State Patrol fleet manager, Alley joined the City of San Diego in 1999 as police department fleet manager.

A self-described "hands-off manager," Alley sets the fleet's priorities and goals, but "my staff gets the job done."  Providing minimum guidance and direction and the resources his staff requires, Alley "expects great things from them, and they've never failed to produce."

Meeting one-on-one with every employee upon hiring, Alley also holds a joint labor management Policy Board meeting every month to identify needs and challenges. He believes an important element of his responsibilities is serving as teacher and mentor.

"Many times, I know the answers, but have staff members go through the process themselves for the learning experience," said Alley.

For Alley, the Fleet Services Division's participation in the City's business process reengineering program also, was an important team effort. Initiated in 2006 by the then-new mayor, Jerry Sanders, the BPR program was an in-depth look at the City organization from the bottom up to create a more efficient organization, said Alley.

According to the City's BPR guide, the program aims to redesign the City's work processes - activities, services, or functions - "to achieve substantial improvement" by "inventing completely new ways of accomplishing work."
Fleet Services and Environmental Services were the first divisions to tackle the 11-step BPR in April 2006. By that December, Fleet Services had developed a reengineering plan. Implementation was conducted during the next two years. 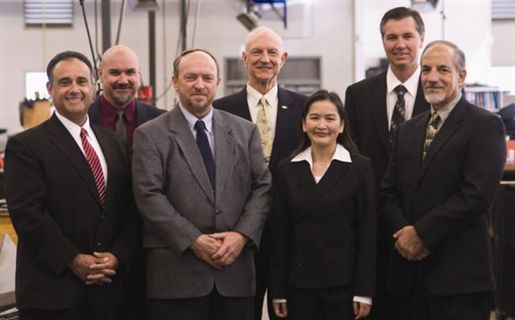 Three teams were involved in the Fleet Services reengineering, said Alley. He led the team examining the division's core functions, including maintenance, roads, towing, repair, fueling, acquisition, etc. All fleet stakeholders were represented in this group. John Clements, then the County of San Diego's fleet manager and the 2007 GF Public Sector Fleet Manager of the Year, served as an advisor, having directed a similar restructuring effort.

A second Fleet Services BPR team "looked at policies and procedures, staffing, and departments," while the third group was an "ad hoc team to ­review and evaluate information technology," Alley explained.

"The BPR process allowed us to look at ourselves deep down," recalled Alley. "And it revealed a lot of things we didn't know about ourselves."

"The three fleet organizations individually had lots of great ideas. The BPR process gave us the opportunity to restructure, to take advantage of the collective best ideas and solutions," he explained. The consolidation measure earned Alley and his Fleet Services team a 2008 NAFA Fleet Management Association Larry Goill award, recognizing "unique ideas that solve problems and save money" in fleet organizations.

A targeted goal emerging from Fleet Services' BPR was a 20-percent reduction in budgeted requirements for underutilized vehicles. Authorized as the "architect" of the City's fleet utilization management, the division directs city departments to identify underutilized vehicles and standardizes vehicle specifications and utilization. Alley and his staff also conduct periodic cost/benefit analysis for the mayor's office to continue reducing fleet size and ­generate cost ­savings.

Alley worked with city departments and divisions to determine underutilized vehicles - those reporting less than 5,000 miles and 500 hours per calendar year. Fleet Services' own goal was a 230-vehicle reduction, a target the division exceeded by 66 units. In total, vehicle inventory reduction measures saved the City more than $11 million in FY 2010/11.

In another major operational change, the BPR process extended the Internal Service Fund to all non-general fund and general fund department vehicle replacements, Alley reported. In the fund's first year, nearly 900 vehicles were replaced. For FY 2010, $34 million in new-vehicle replacement funds was approved.

The fund particularly benefited the City's public safety fleets. In calendar-years 2009-2010, 19 over-aged heavy fire apparatus were replaced at a cost of $10 million.

In addition, fleet's automotive staff increased by seven and a second shift was instituted in the fire maintenance facility to meet increased vehicle equivalency ­requirements.

Alley expects vehicle replacement plans for all city departments to be on schedule within the next three years. In addition, the Fleet Services team is updating lifecycle plans for all vehicle classes used by the City.

Following the BPR implementation, technology is integrated throughout fleet operations, "from the budget process, fuel management, and the day-to-day activities of all personnel to updated tools and test equipment and professional development for every team member," ­Alley ­explained.

From computer stations located throughout each of the City's 13 fleet facilities, every technician is required to check e-mail communications daily for "all-hands-on-deck notices, messages from the City, fleet administration, the mayor's office, and labor unions, plus fleet newsletters," said Alley. In turn, technicians can easily communicate with Alley, as well as conduct Internet research with such tools as Mitchell On Demand for vehicle diagnostic and schematic information.

According to Alley, the communications technology allows a "measure of transparency," providing:

Fully installed at the City's 15 fueling sites by this year, the system standardizes the entire fuel management process and allows vehicles to fuel at any site. The system also handles billing of other San Diego County agencies allowed to use the City's fueling stations.

"The fuel management information system will save the City nearly $1 million  annually and will pay for itself in the first year of use," said Alley.

The reengineering program also improved productivity and availability standards, enhancing customer service, according to Alley. The consolidated fleet organization consistently achieves fleet availability ratings of at least 90 percent and up to 97 percent. PM standards are rated at 95 percent. Parts standards include 99 percent for inventory accuracy and 98 percent for in-stock availability. A two-year survey conducted in 2009 rated Fleet Services customer satisfaction at more than 95 percent, said Alley.

"Our performance measures are set at or above industry averages to meet customer mission requirements. We have overall performance measures for the fleet, but specific targets for priority equipment such as police sedans, fire, packers, drain cleaners, vactors, and street sweepers," noted Alley.

He tracks daily performance measure reports and provides feedback to the fleet team and customers. Alley also meets with customers each month for input, goal-sharing, and discussions of customer service challenges or issues.

Fostering a climate for personal and professional growth is an important leadership tenet for Alley. Training is one of four division priorities, which also include safety, maintenance, and operations.

He continues to explore local and general opportunities to "train the trainer and train the technician." Training partnerships are being developed with local businesses.

In addition, Alley is re-instituting an equipment/mechanic apprentice program with local community colleges and the state certification board, "to grow our own technician labor pool."

The 2010 GF Public Sector Fleet Manager of the Year subscribes to a "lead by example" professional philosophy. "Mission first, people always!" Alley maintains. He encourages his team leaders to "take care of people" in a "chain of concern" that flows through the organizational structure.

"Lead and care for the people for whom you are responsible," he advocates. "Teach, coach, counsel, mentor, and learn each day."

A safety officer must be independent and tough, whose sole function is keeping workers and processes safe, believes John Alley, CAFM, deputy director of the City of San Diego's Fleet Services Division. A diligent protector not only of worker safety, but also City liabilities, this staff member must be able to deliver difficult and often unpopular decisions and messages.

Jimenez regularly visits the division's 13 facilities and 17 shops and provides resources for supervisors in staging "safety tailgate" meetings. He assures both worker shifts he's "always on call. They can call me anytime; even wake me up in the middle of the night, if there's a safety issue."

He credits Alley with giving him the freedom and latitude required to maintain regulatory compliance and promote safety.

"A good safety program wins over one employee at a time," said Jimenez. "I put a lot of energy in the message that employees stay healthy for their family, friends, home, etc. This one-on-one approach, looking at the long-term consequences of accidents and injuries, helps people take the issues of safety seriously."

Diligent training efforts maintain technician productivity, reducing the need for additional staff even as the fleet size increases, according to Campbell.
"We have seen an 8-percent decrease in the cost of parts per work order, as well as a 54-percent drop in sublet cost," Campbell reported. Although the City's fleet has grown 14 percent due to annexations in the last six years, expenses have risen only 2 percent. Fleet availability in 2009 was rated at 97 percent.

The fleet's green efforts have reduced equipment emissions by 30 percent through using B-20. Forty-eight percent of the fleet can run on E-85, while 4 percent are full hybrid vehicles. Idle reduction policies have cut B-20 consumption by 22,000 gallons. An updated vehicle take-home policy saves 16,000 gallons of fuel annually.

According to Campbell, using the GSA specifications model for light-duty vehicles saved the City $1.6 million over the past five years.