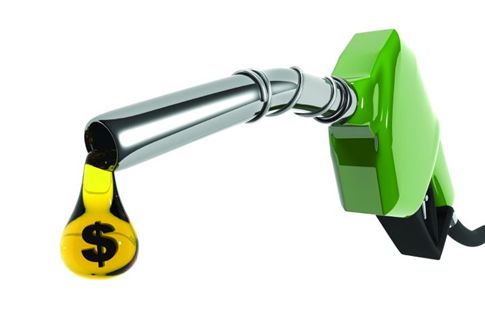 While currently not as volatile as in past years, fuel is still one of the largest operating expenses public sector fleets must manage, second only to depreciation. The following explores how government fleets around the country are managing fuel costs.

“In an effort to further reduce fuel costs and emissions, the City is currently evaluating the introduction of both E-10 (10-percent ethanol) and B-5 (5-percent biodiesel) fuels,” said Florencio Peña, fleet manager, City of San Antonio. “Compressed natural gas (CNG) is used to power 30 of the City’s side-loader refuse trucks, and propane has been used for several years to power both vehicles and equipment.”

“The AFMS uses radio frequency that allows only those vehicles pre-programmed by fleet to fuel at city fuel dispensers,” said Peña. “Improvements gained through the implementation of the new system will help alleviate human error, duplicity, and technological inefficiencies by accurately reporting mileage, fuel inventory, and automatically linking to the City’s fleet management system.”

The AFMS system increases auditing capabilities and contains security features as well as hardware that supports customer hands-free authorization for dispensing fuel and accurate data exchange between the vehicle’s onboard computer and the island kiosk through a local wireless transmission.

AFMS hardware and dispensing equipment has also been installed on mobile fuel trucks.

Based on AFMS use, the state eliminated fuel card use and the need to replace lost, stolen, or damaged cards, as well as monitor misuse.

AFMS technology is a passive process in which the driver/fueler is not required to interact with the fuel control system to obtain fuel when utilizing a city-issued ID card. Data entry at the control terminal is eliminated, which Peña estimated will decrease each refueling event by 2.5 minutes.

Due to warranty and other considerations, many fleets utilize an early routine maintenance cycle rather than exceed the established interval. The AFMS eliminates early maintenance cycles and their associated unnecessary cost expenditures. Data is imported from the island computer, which contains AFMS data for each vehicle. The data is imported into a fleet management program, resulting is an estimated savings of about 35 hours in monthly labor and overhead costs.

“County departments pay for the fuel they use. Fuel is not included in vehicle rental rates, so any fuel savings county departments realize, based on efficient use of their vehicles, is passed directly to [the departments],” said James Collins, chief fleet manager.

Departments that let employees take home vehicles daily can incur expensive fuel bills, especially if the employee drives a truck and/or lives a long distance from work, according to Collins.

“There are fuel savings with the gasoline-electric hybrid cars; however, there is a purchase price penalty that is generally offset by lower fuel costs. So, in the end, the only real benefit is a reduction of the fleet’s carbon footprint and emissions,” said Collins.

State of Georgia
In 2009, the State of Georgia started educating state agency fleet professionals about the costs of fuel relative to other fleet expenses. The education process began with the introduction of a new program called, “Accurate Mileage is the Lifeblood of Great Fleet Management!”

The program, according to Steve Saltzgiver, director of the Office of Fleet Management (OFM), was aimed at reinforcing the importance of maintaining accurate fleet vehicle mileage data, such as fuel cost per mile, miles per gallon, and other metrics used to manage fleet assets.

“The program targeted agencies with the highest number of operator-induced mileage errors in an effort to bring the errors under control,” said Saltzgiver.

“These enhanced fleet profiles will aid agency compliance to much tighter fuel purchase controls, leveraging the State’s existing fuel management program facilitated by its partner, Wright Express,” said Saltzgiver. “Each of the stricter fuel profiles will be configured using historical purchasing trends seen with different types of vehicles. For example, sedans will be configured to regulate the gallons and frequency of fill-ups to prevent potential for fraud and misuse.”

In 2010, the OFM plans to establish a statewide “fuel taskforce” to proactively seek effective solutions to reduce vehicle fuel costs. Emphasizing its fuel-reduction focus, taskforce meetings will be conducted via a series of “Webinars” to eliminate staff travel.

The State of Georgia partners with Wright Express (WEX) to manage its fuel program, which includes working with WEX on several nationwide programs designed to create proactive processes and reports to alert Georgia employee drivers about missing vehicle data and fueling incidents outside set vehicle parameters.

In addition, WEX will initiate a program that aids the State with analyzing vehicle mileage in advance. WEX will review all odometer readings, comparing the data to historical mileage, and suggest adjustments based on a calculation of gallons and historical vehicle mpg. WEX will replace errant odometer readings with an adjusted reading downloaded to the State. This adjusted mileage will aid in strengthening accurate mileage.

According to Saltzgiver, the State has consistently reduced fuel costs over the past few years based on reduced travel. In addition, the WEX fuel program assisted the State with securing purchase prices at less than the industry pricing index.

There are three main keys to success in any government fuel management program.

With each type of government it is a matter of drilling down to make your fuel management program better.

State governments need the three main keys, and from there, they need to make sure all fleet fueling is done on the same platform, which starts with the fleet fuel card, according to Sokolis. A state government needs every fleet fuel card to have controls on the vehicle, pin numbers, who fueled the vehicle, odometer reading, time of day refueling can take place, and how many times a day a vehicle can fuel.

All state government fixed-site fuel locations must be able to accept the same fleet fuel card used on the street at a retail fuel location. This allows all data to be warehoused in the same area, with the same controls. It also allows fuel audits to be performed easier. A fuel audit that reviews 30 out of 3,000 transactions is not a fuel audit, Sokolis cautions. All fleet fuel transaction must be audited to be successful.

Municipal government has the same needs as the state government. The difference is they operate in smaller geographic areas. This allows the placement of tighter controls and improved fleet fuel discounts. A municipal government runs its fleet in certain areas, or zip codes. This allows fuel locations out of these areas to be "locked down." In other words, according to Sokolis, your fleet won't be able to get fuel there. Within the area your fleet does buy fuel, the fuel purchasing manager can aggregate your fuel volume and negotiate discounts with local retail fuel stations. This will lower your fuel management cost and improve the controls on your fleet.

City governments, depending on the size, operate more like a state than a municipality. In fuel management, Sokolis noted the biggest problem is theft. Do you read the stories on the Internet about large amounts of fuel stolen? Most involve governments due to the lack of controls and processes in place.

With fleet fuel cards, Sokolis recommends to make it a rule that drivers pay at the pump. By implementing this rule, there is less chance for fuel card fraud.

Both fuel delivery methodologies should be considered in terms of convenience of location for driver productivity, cost of fuel, cost of infrastructure, environmental compliance matters, effectiveness of information, and exception reporting, fraud detection, provision of fuel during emergencies such as natural disasters, management, and distribution of fuel cards, etc., according to Christensen.

"Fleet organizations will most likely be well-served to close underutilized bulk fuel facilities in favor of commercial facilities," she concluded.