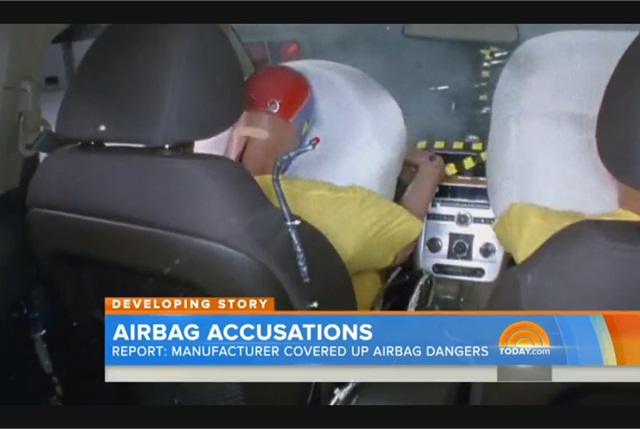 The U.S. Justice Department has launched a criminal investigation of Takata Corp., the Japanese automotive safety equipment supplier whose defective air bag inflators have led to the recall of about 11 million vehicles in the U.S. since 2008, NBC News reports.

Of those 11 million vehicles, nearly 8 million have been recalled in the past couple years.

In areas with high absolute humidity, the Takata air bag inflators can rupture during air bag deployment and disperse metal fragments that can injure vehicle occupants.

Steel inflators in two of the company-tested air bags cracked, indicating a major defect and safety risk, the article reported. But Takata covered up the test results and didn’t share them with the National Highway Traffic Safety Administration (NHTSA), the former employees allege.

In response to the article, Takata released a statement calling the accusations “fundamentally inaccurate.” The company said it wouldn’t comment further on the accusations but noted it was cooperating with U.S. authorities.

NHTSA has given Takata a Dec. 1 deadline to submit answers to more than 30 questions addressing how the company will replace the air bag inflators in the recalled vehicles in the U.S.

TRW Automotive and Autoliv, competitors of Takata, are expected to manufacture some of the replacement parts that the recalls require.

To view the NBC News report, click on the photo or link above.