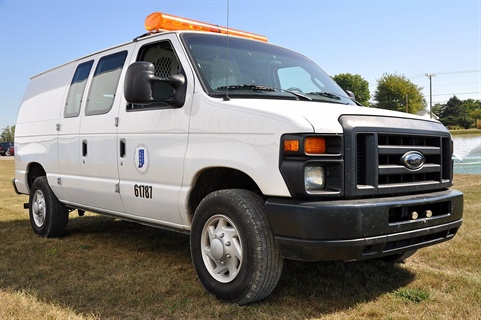 FORT WAYNE, IN – The Indiana Department of Transportation (INDOT) is converting nearly 600 work trucks and cargo vans to run on propane. INDOT will fuel these vehicles at 115 of its sites across the state. INDOT stated it expects to save taxpayers in Indiana more than $1M in fuel costs per year.

You can check out a photo gallery of INDOT's vehicles and a propane fueling station here: INDOT Propane and CNG Fleet Gallery.

According to an INDOT spokesperson, the organization has a total fleet of 3,500 vehicles, which includes which includes passenger sedans, pickups, cargo vans, snow plow trucks, and other vehicles. He said INDOT plans to have converted all of these vehicles by fall of 2011 as well as have all 115 fueling stations up and running. The converted vehicles will all be bi-fuel vehicles capable of running on gasoline or propane.

"As INDOT's 115 facilities come online, Indiana will have the nation's largest statewide propane fueling network, with nearly all of its operations being within 30 miles of a fueling site," said Lt. Governor Skillman said.  "This investment in fueling infrastructure paves the way for additional purchases of propane vehicles."

In addition to the propane vehicles, INDOT is purchasing 19 yellow plow trucks that will run on compressed natural gas (CNG). INDOT expects that use of propane and CNG in its vehicles will replace more than 500,000 gallons of unleaded gas or diesel each year.

INDOT used a $6.3M American Recovery and Reinvestment Act grant through OED and Greater Indiana Clean Cities, which is part of the U.S. Department of Energy Clean Cities Program, for the start-up investment for infrastructure and vehicles. The State’s Lt. Governor Becky Skillman oversees five state agencies, including the Indiana Office of Energy Development.