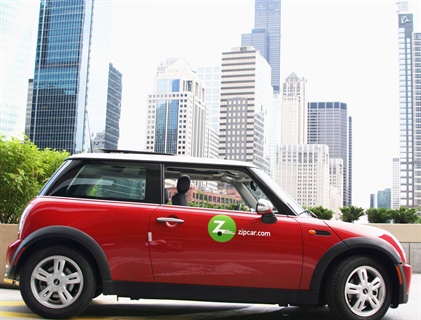 CHICAGO - The City of Chicago has formed a partnership with Zipcar Inc. to provide an integrated fleet and car sharing program to city agencies. The City will be using two solutions from Zipcar, FastFleet, which Zipcar describes as a “fleet sharing technology service” and Z4B (Zipcar4Business), the company’s business transportation solution. The City of Chicago selected Zipcar as its fleet provider through a competitive bidding process, according to the company.

As a result of this agreement, use of Zipcar will allow the City to remove more than 100 vehicles from service by the end of the year, according to City documents. This agreement will save the City more than $400,000 in fuel and maintenance costs throughout 2011 and 2012.

Jonathan Gonsky, general manager of Zipcar Chicago, said that by this spring, Zipcar anticipates making over 500 Zipcars available in Chicago for citywide government use — including 75 cars stationed downtown.

“Car sharing will further our ongoing efforts to reduce expenses by enabling several employees from various departments and shifts to use the same vehicle,” said Department of Fleet Management Commission Pat Harney. “This Zipcar program will produce both immediate and long-term savings in vehicle purchase costs, fuel, and maintenance.”

The FastFleet solution will integrate with the City’s own vehicles and Z4B will open up the use of Zipcar-owned vehicles to City agencies and employees. Chicago’s fleet operators will be able to use FleetFast’s self-service online reservation and vehicle access system with City vehicles, and Z4B will allow government officials and employees to reserve Zipcar vehicles.

Employees will be issued a Zipcard, which will allow them to make online reservations for Zipcar vehicles. They will be required to state the purpose of the vehicle, which will also be tracked by GPS, information which will be used as an additional management tool.

The City will pay an hourly rate of $5.95 for use of the vehicle, which includes fuel, maintenance, and insurance.

"In this new era of efficiency we strive for cost reductions, lean operations and sustainable options without sacrificing services Chicagoans rely on every day," said Mayor Daley. "The partnership with the City and Zipcar is a tremendous step in achieving this goal and is another example of our commitment to incorporating environmentally-friendly practices into government operations."

The trend toward car sharing by municipalities has been adopted previously with similar initiatives in New York City and Washington D.C.  In October 2010, New York City Mayor Michael Bloomberg announced that Zipcar would be providing car sharing memberships to Department of Transportation (DOT) employees as a part of a pilot program. In 2009, Washington D.C. became the first city to use FastFleet.