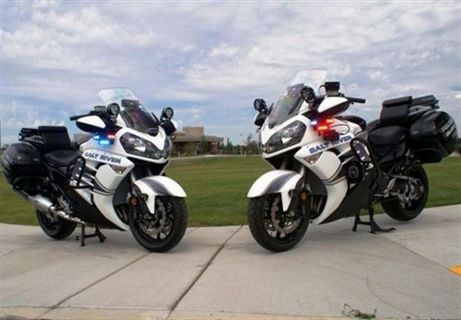 SACRAMENTO, CA - The California Highway Patrol is adopting the Kawasaki Concors 14 ABS P as its primary enforcement motorcycle, following the state's awarding of a contact to Beaudry Motorsports Inc., to supply the bikes, according to POLICE magazine.

The two-year contract that commenced Aug. 23 allows Beaudry to supply the bikes to CHP for highway enforcement, and includes a piggyback clause that allows other local law enforcement agencies to purchase the bikes without a lengthy open-bid process, Timothy Smith, a state procurement official, told the magazine.

If piggybacking a purchase, local agencies would pay the state's Department of General Services an administrative charge and small percentage of licensing fees to the Department of Motor Vehicles.

Five local police and sheriff's departments in northern and southern California have placed orders for the bikes, according to Steve Beaudry, owner of Beaudry Motorsports of Post Falls, Idaho.

"The state of California contract is the sole contract used by the California Highway Patrol when ordering enforcement motorcycles," Beaudry wrote in an email.

In a report presented as part of the state's open-bid process, CHP estimated it would cost about $6 million to replace 336 of its motor units. The highway patrol is currently using BMW R1200 RTP motorcycles and has more than 400 of those bikes now in active service in its fleet.

As the agency purchases Kawasaki bikes, the BMWs would likely be gradually phased out.

The law enforcement agency tested the performance specifications of the Kawasaki bike prior to recommending its use. The bikes will be purchased at a unit price of $16,977, according to the California contract, reported the magazine.