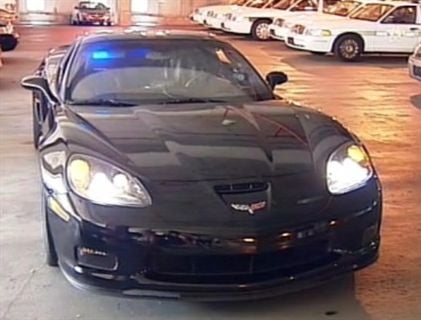 RALEIGH, NC - Wake County Sheriff's Office has added a new corvette to its fleet, recently confiscated from a drug dealer, according to NBC17.

Sheriff Donnie Harrison told NBC adding the car to the department's current fleet makes more sense than selling it, since auctioning it off would only recoup "a portion of what it's worth. Thru drug enforcement and speeding, it'll pay for itself three-fold," he said.

The newly implemented sports car has already been used in a drug bust, reported NBC.