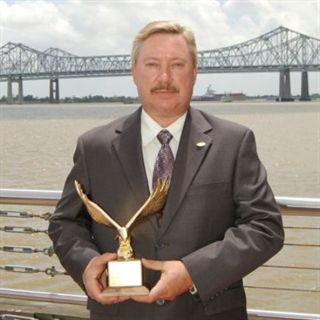 NEW ORLEANS – Doug Weichman, CAFM, director of fleet management for Palm Beach County, Fla., was recognized as the 2009 Public Sector Fleet Manager of the Year April 26 at the NAFA Institute & Expo in New Orleans. Weichman was one of 31 nominees and was selected for his fleet achievements in the public sector. Presented by Government Fleet magazine, the award is sponsored by Automotive Resources International (ARI) and co-sponsored by Fleet Counselor Services.

Prior to joining Palm Beach County in 1990, Weichman served as fleet manager for Miami-Dade County for nine years and held private sector fleet positions upon graduating from Ferris State University with a Bachelor of Science Automotive & Heavy Equipment Technology.

A profile on Weichman will be featured in the upcoming issue of Government Fleet magazine.

John Alley, CAFM, deputy director of fleet for the City of San Diego was the first runner-up for this year's award. Paul Condran, equipment maintenance manager for the City of Culver City, Calif., and Rick Longobart, fleet services superintendent for the City of Inglewood, Calif., tied for second place.

Click here to review the 2009 nominees for Public Sector Fleet Manager of the Year.