Reliable, smoothly running transportation routes are a competitive asset to any city, county, or state. Clear roads are necessary for access to essential services and ease of navigation for first responders, but it’s not only about travel times. Just-in-time manufacturing means trucks and delivery vehicles must meet narrow delivery windows, or production gets delayed. And then there is a fast-growing fleet of courier vehicles distributing an increasing range of online-purchased products, and so on.

All of this can grind to a halt if the snow and ice clearing response isn’t up to the challenge of a winter storm.

Although customer expectations are high, a powerful new suite of tools allows government agencies to bring their “A” game to every snowstorm. One of the many tools in agencies’ toolboxes for maintaining road network reliability is salt.

Here are some factors regarding salt that work in the agencies’ favor — and some areas for improvement.

Public agencies can improve their salting strategy by:

Better Weather Forecasts: News You Can Use To Guide Salt Usage

Increasingly accurate 72-hour forecasts can help agencies plan their response to an incoming storm. That planning is crucial because every storm requires a different response, and that response may also need to change throughout the storm.

For example, if a storm is expected from mid-afternoon until 2 a.m. or so, it might be best to have a higher rate of salt application at the start so that roads will be passable during afternoon drive time. Then, after most drivers are off the roads, salt use can taper off.

Better weather forecasts can help agencies understand one of the biggest factors influencing their response to a storm — the temperature of the pavement during the storm. If the pavement temperature is above freezing, for example, an agency may not need to put down any salt at all. And if it’s very cold, putting down salt wouldn’t be as useful. Cold temperatures delay the effectiveness of salt. By the time the salt begins to work, the next pass of the plows would sweep it away.

But it’s crucial to remember that weather forecasts talk of air temperature, not pavement temperature.

I saw this difference at work while doing some training in Montana a few years ago. Early in the day the snow started, but it melted when it hit the roads — and kept doing that all day. But when the sun went down, the snow started sticking to the roads. The reason: the cold snow had been drawing heat out of the pavement all day, and when the sun wasn’t there to counter-balance that, the pavement temperature dipped below freezing. That’s the sort of thing a standard weather forecast won’t tell you — you need experience and knowledge to predict how temperature and current conditions will affect the pavement.

But it does mean that maybe, if it’s snowing when the sun goes down, it may be worthwhile to do one treatment of salt just in case, or that snow may stick to the road, forming ice. If the roads are wet and then freeze, it’s going to be hard to get them back into drivable condition.

Why Isn’t There An App For Road Salt Strategy?

One reason for the difficulty is that particularly in late spring and early fall, “edge storms” are a strong possibility — storms that can go either way, toward snow or rain and toward below- or above-­freezing pavement temperature.

Another reason it’s hard to build tools for making recommendations on salt strategy is the need to fit the response to local realities.

Much of this has to do with expected levels of service. In Iowa, for example, the expectation is that every road in a municipality will get plowed and treated with some salt. It may take a while to get to all of the residential streets, but all of those streets will get treated. In a place such as Colorado, on the other hand, some of the smaller municipalities don’t plow the residential streets at all unless they get more than six inches of snow — the reason being the next day the sun is likely to melt it all away.

Then there’s the size and complexity of the municipality — a small town has much less potential for traffic tie-ups caused by icy road conditions than a larger city. And the city probably has more resources such as personnel and trucks to deal with it.

So, there is a huge need to apply knowledge about the many variables — and weather is just one of them — to develop recommendations for action that will help agencies make better decisions.

How Effective Is Your Salt Program?

Learning how to take action based on weather forecasts is clearly an area where we’ve seen a lot of progress, but we still have a long way to go. Another aspect to road-clearing, where we’ve seen some progress but need more, is on evaluating how well we’re doing.

Current technology enables a supervisor to look at the weather forecast, determine the expected pavement temperature, and then establish that operators should be putting down perhaps 150 lbs. of salt per lane mile. If some drivers decide to put down twice that, the supervisor will be alerted and can then question the driver afterward. Perhaps the driver saw that conditions were worse than expected and that more salt was required. Or, the oversight could be a “training opportunity” for the driver, in which case the agency can monitor actual salt usage and coach improved results over time.

Technology such as this can be well worth the investment in that it helps track the use of salt. And as salt goes up in price, saying “I can’t afford the technology” is in some cases a false economy. If you don’t have it, you’re almost certainly putting down too much salt.

You can’t manage what you don’t measure, and when it comes to salt application, the roads can become safer even as salt-related costs go down.

Agencies have come a long way in providing a safe driving environment while also keeping salt usage to the minimum needed to do the job. But good use of current technology can go a long way toward optimal salt strategy.

Wilfrid Nixon holds a Ph.D. in Engineering from Cambridge University. He is a former professor in the Department of Civil and Environmental Engineering at the University of Iowa and is currently vice president of science and the environment at the Salt Institute.

Related: Working in a Winter Wonderland

How Fleets Are Handling the Recent Winter Storms

Brine Worth Its Salt for Ark. City 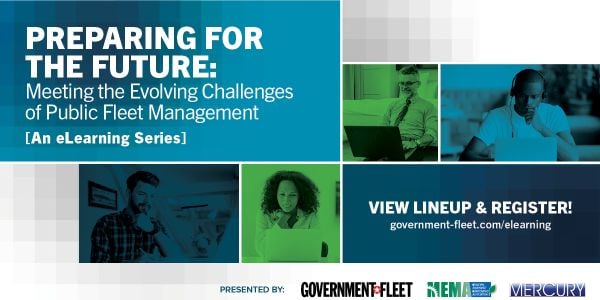 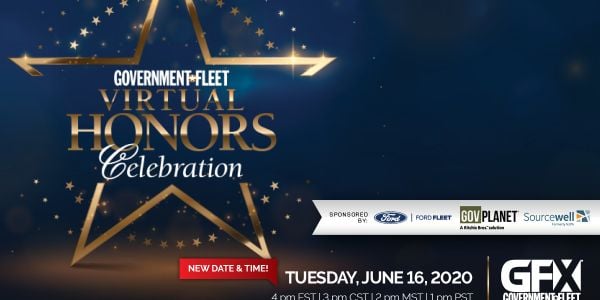