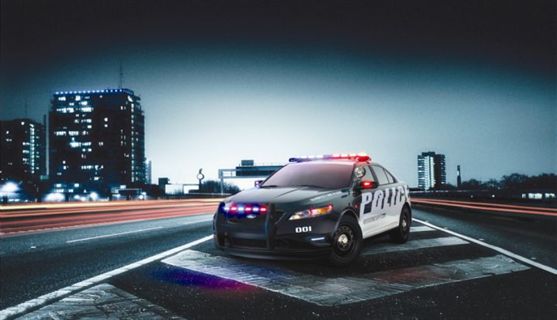 We are embarking upon a new age in police vehicles in the United States. New technologies, the discontinuation of old models, and subsequent introduction of new vehicles mean many law enforcement agencies across the country will be driving new makes and models of police vehicles.

In addition to new technologies, the inclusion of advanced safety features, added comfort and convenience, and a level of fuel efficiency never before seen in the market represent an opportunity for police departments to realize additional benefits from today's vehicles.

Some of the notable new police vehicles are highlighted.

The Ford Crown Victoria had a long run as the automaker's standard police cruiser. Vehicle production will cease next year and in its place will be the new Ford Police Interceptor.

Ford said its new cruiser will save taxpayer money because it achieves 25-percent better fuel economy than the Crown Victoria, which gets 15 mpg city/23 highway.

The Police Interceptor model will be available with the standard 3.5L 263 hp DOHC V-6, or departments can choose an AWD EcoBoost 3.5L twin turbo model with 365 hp. Either choice is more powerful and more efficient than the outgoing V-8-powered Crown Vic, according to the manufacturer.
One notable feature will be a high-capacity, 6-speed SelectShift automatic transmission with EcoBoost (AWD only). All standard V-6 Police Interceptor models will offer front-wheel drive.

Safety is a major focus of the new Police Interceptor. The fuel tank is located under the back seat, utilizing the same saddle-bag tank arrangement found in the sporty Ford Mustang. The Police Interceptor also adheres to 75-mph rear-end crash testing conducted by the Detroit-headquartered manufacturer.

One area in which Ford excelled in the past is the Crown Victoria's durability. Ford hopes to replicate and improve on that reputation with the new Police Interceptor. To ensure the vehicle can handle the stressful nature of law enforcement work, it was put through difficult road tests to measure drivetrain, suspension components, and chassis performance.

A number of upgrades, options, and features have been added to the Police Interceptor to improve efficiencies and conveniences. A cooling package includes a larger radiator and alternator that can power the in-car ­electronics required by law ­enforcement.

The interior of the Ford Police Interceptor was completely reworked to focus on comfort and convenience. For example, the  shifter was moved from the console to the column. Seats have been redesigned as well; front seat bolsters are more ergonomic to ease entry and exit, and plates were added to seatbacks to prevent a suspect from stabbing an officer from the back seat.

The rear seat was also redesigned to increase room for a cuffed suspect, and rear doors open an additional 10 degrees to improve ingress and egress capabilities.

Police officers can also expect a significant number of new technological advances in the Police Interceptor, including radar-based monitoring systems that alert drivers of cross traffic and blind spot situations and objects. A reverse sensing system was added to enhance safety. An optional rear view camera system and ballistic door inserts are available to ­protect against gunfire.

AWD offers increased confidence with better vehicle dynamics and handling, according to Ford.

General Motors announced it will begin production of the 2011 Chevrolet Caprice Police Patrol Vehicle (PPV) later this year. The announcement was made at the International Association of Chiefs of Police (IACP) convention Oct. 3-7 in Denver.

The rear-wheel-drive sedan will be available with either a V-8 or V-6 engine. It has been developed in key areas specifically for police duty, according to GM.

The Caprice PPV offers a significant amount of power that appeals to police officers. Its 6.0L V-8 is rated at an estimated 355 hp, and the 6-speed automatic transmission is calibrated for police duty. The powertrain and vehicle system include a high-output alternator; engine oil, transmission, and power-steering coolers; heavy-duty suspension components; and large, four-wheel disc brakes.

Special front seats were designed to allow additional space to accommodate the bulk of a typical law enforcement officer's equipment belt. The front seats are also sculpted to significantly increase the available range for police officers of all heights and weights. Seatback and cushion inserts are constructed of high density foam which also increases comfort.

High-wear materials in the seats were selected to stand up to long hours of heavy use, yet are easy to clean.

According to Bob Demick, Caprice lead seat design manager, "These seats represent a revolution in comfort and utility for officers who may spend many hours daily in their vehicle. The seatback bolsters have been contoured in a way to allow for greater comfort, with such equipment as a gun, taser, and handcuffs resting comfortably on the officer's belt."

The Caprice PPV's long wheelbase contributes to a larger interior volume, a maximum seat travel and recline for officer comfort, and trunk area large enough to accommodate a full-size spare tire under a flat load surface.

Also, the upper section of the Caprice's dashboard can be used to mount police equipment without fear of air bag deployment.

Chrysler has made significant strides in the police fleet market in recent years with its Dodge Charger police vehicle. The company's U.S. market share grew to 18 percent by 2008, up from 14 percent one year prior.

The Charger offers aggressive looks, faster acceleration, and better handling than older models, according to the manufacturer.

At the beginning of the Charger's development, specific law enforcement vehicle features and functionality standards were integrated into the design to allow easier installation of aftermarket upfits and additions.

The Charger was designed with police-specific features, such as greater stability and improved handling through a unique design, performance-tuned steering and suspension, and a convenient shifter and center console area.

The Charger offers a fuel economy rating of 16 mpg city/25 highway. A new HEMI engine, added in 2009, achieves up to 20-percent better fuel economy, according to Chrysler. The fuel economy savings are made possible with the multi-displacement system (MDS) technology, which deactivates four of the right cylinders when less power is needed while cruising.

Carbon Motors was formed in 2003 as a police cruiser manufacturer to compete with other law enforcement cars built from existing civilian vehicles and saddled with the accompanying compromises. The Connersville, Ind.-based company plans to spend $350 million updating a 1.8-million square-foot facility for its purposes.

Carbon's car is currently known as the E7. The company plans to develop a more descriptive name in the coming year. Production is expected to begin in 2012.

The diesel-powered E7 is expected to be built in Indiana. Due to the diesel power, the vehicle offers 40-percent better fuel economy than a standard police vehicle, Carbon Motors claimed. The E7 will also accelerate from 0-60 mph in six seconds, with a lifespan of nearly three times that of standard patrol vehicles.

An even more appealing advantage is the E7's ability to shrug off bullets. Door and dashboard ballistic protection deflects up to National Institute of Justice (NIJ) Level III threats, which includes high-powered rifles, 7.62mm full-metal jacketed bullets (U.S. military designation M80), 223 Remington, 30 Carbine FMJ, and 12-gauge rifled slug, as well as Level I through IIIA threats. (For a complete list, visit www.ojp.usdoj.gov/nij.) Law enforcement officers can also trace shooters through infrared cameras that cut through the dark of night.

According to Carbon Motors, the E7 is engineered to last 250,000 miles for extreme durability with a top end speed of 155 mph.

The E7 also features the rear-hinged back doors, expected to ease ingress and egress of uncooperative suspects. Additionally, Carbon Motors indicated the E7 will pass the 75-mph rear-impact crash standard, an officer-protection benchmark.

Pre-ordering is available at www.carbonmotors.com, with 13,000 units reserved across 350 agencies in 48 U.S. states, said company co-founder Stacy Dean Stephens. "We have been surprised that we have been contacted by agencies in all 50 states — federal agencies and local ones," Stephens said. "The feedback we continue to get is, 'It's about time.' "