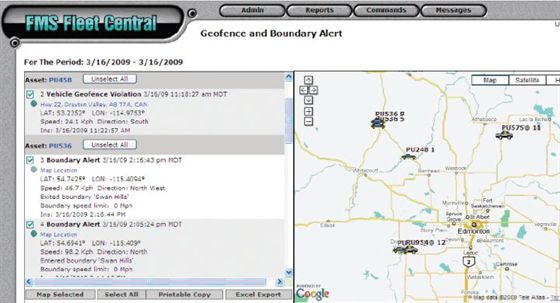 With about 4,500 vehicles operating nationwide, including in remote border areas, the U.S. Department of Homeland Security’s (DHS) Immigration and Customs Enforcement Office of Detention and Removal Operations (DRO) is well versed in the challenges of monitoring and maintaining a large government fleet in real-time.

Charles Welke, a DRO program management analyst, likens the task to managing ants in an ant farm. “Unless you can tag them, you don’t know one from the other, or where they’re going, or how many there are,” he said.

Essentially, DRO has begun doing just that. In September, the agency started rolling out a satellite tracking system to monitor its fleet of buses, specialty vans, and law-enforcement sedans, used to detain and remove illegal immigrants. The system relies on the Iridium satellite network to transmit position coordinates and other data from the vehicles.

The “smart GPS” system, manufactured and supplied by Fleet Management Solutions Inc. (FMS), automatically records and transmits each vehicle’s location, direction of travel, speed, and other telematics data that help DRO monitor its far-flung fleet. The FMS system is designed to give DRO a constant situational awareness of its vehicles and personnel, as well as detainees transported from one location to another.
“We designed our tracking solution for DRO around the Iridium short-burst data (SBD) service because of its worldwide coverage, low latency, and high network reliability,” said Cliff Henley, FMS CEO. “DRO needed reliable real-time information from their vehicles.”

Data messages from vehicles travel up to an Iridium satellite. Transmissions are downloaded to Iridium’s gateway in Tempe, Ariz., where they are patched through to the FMS Fleet Central Web server. DRO fleet controllers access the data via a Web page and view vehicle locations on an electronic map display.

Maintenance Improved
In addition to providing vehicle locations, the FMS system will help DRO improve fleet maintenance and alert supervisors to bad driving habits, such as speeding, hard braking, and jackrabbit starts that can be dangerous, add to vehicle wear and tear, and waste fuel, according to Henley.

The system is “very event-driven. Instead of constantly polling for the status and location of a vehicle, the modem will report an event or activity. If someone is speeding, for example, the modem will recognize that as an event and send out a text-message alert,” Henley explained.

Officer Safety Enhanced
As vehicles are equipped with the system, DRO monitors the units in real-time from one central location and from field dispatch offices — a critical capability when personnel are involved in potentially dangerous law-enforcement operations. By November, about 150 DRO vehicles had been outfitted with the system.

“This is going to increase officer safety, and it’s going to extend the lifecycle of our vehicles,” said Welke, who oversees the project. “The expectations are that this is going to contribute tremendously to a more efficient and effective fleet and, down the line, it’s going to save taxpayers millions of dollars.”

DRO serves as the primary enforcement arm of U.S. Immigration and Customs Enforcement (ICE), charged with ensuring the safe and fair removal of unauthorized aliens. The agency operates in all major U.S. cities, with a concentration of operations in the South and along the country’s Southwestern border. 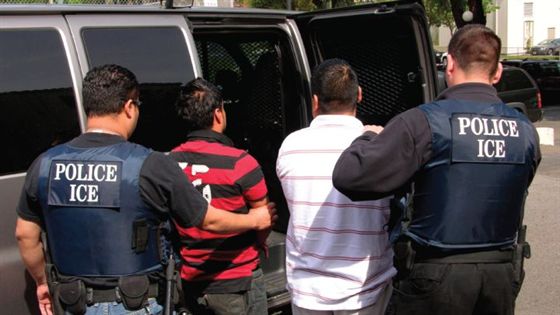 Iridium’s two-way short-burst data links provide a return channel for controllers to send messages back to the tracking device on the vehicle, Shay explained. “DRO can remotely adjust reporting parameters, reprogram the monitoring boxes, and query them for data.”

Lifecycle Reports Improved
Federal Prison Industries, known as UNICOR, is installing and commissioning the FMS mobile devices under a government contract with DRO to provide fleet lifecycle management. DRO uses UNICOR services to enter information into the vehicle management information system that manages all DRO vehicular assets. Reports provided to DRO management are enhanced by vehicle use and status information supplied by the FMS system.

This feature enhances DRO’s ability to manage vehicle use and maintenance, according to Brent Watson, UNICOR program manager. For instance, the system provides real-time warnings from a vehicle to alert officials of problems, such as engine overheating. When preparing vehicles for disposal, UNICOR removes the FMS equipment for transfer to replacement vehicles, according to Watson.

With the FMS monitoring system, DRO can create geographic boundaries that trigger an alert when agency vehicles leave or enter specified areas. For example, the system can provide virtual protection for a DRO parking area, alerting the agency of a possible theft or unauthorized vehicle use if the unit is moved from the lot over a weekend. If a car is stolen, DRO officials can use the system to disable the vehicle ignition. The same feature allows the agency to track detainee movement, notifying a field office when a transport bus arrives at its destination, for example. The system also records odometer readings and other data that trigger maintenance alerts.

“We will have the data to be able to say, ‘You people need to slow down, you need to do a better job of maintaining your vehicles,’ ” Welke said.

“The biggest thing is officer safety and detainee safety, but with the kind of money we spend every year on fuel and maintenance, the potential for saving money is huge.”

The FMS system is expected to help streamline DRO’s compliance efforts with Federal Property Management Regulations requiring agencies to conduct annual property reconciliation reports. In the past, DRO developed the reports manually, sending employees into the field to scan each vehicle with bar code scanners. With the FMS system, one person sitting at a computer can perform the count.