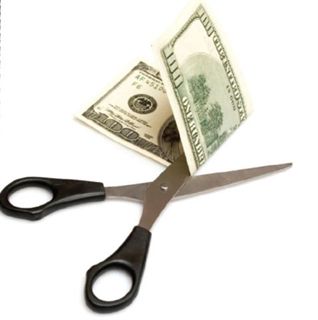 Through a number of consortiums and partnerships, fleets have found  sharing means more than just caring — it amounts to better service and savings. Joining forces with other organizations striving for the same goal can be a big time- and money-saver. With help from the National Joint Powers Alliance (NJPA), fleets and vendors alike can benefit from a more efficient process when soliciting and awarding bids.

Getting Something for Nothing
The Staples, Minn.-based NJPA was created in 1977 by Minnesota State Statute MS123A.21. According to Greg Haglin, NJPA contract manager, “Our directive is to create cooperative (contract) purchasing solutions for our member agencies.”

A public entity, NJPA is comprised of public employees governed by a publicly elected board of directors. No-cost membership is offered to all government agencies, educational units (kindergarten through higher-ed, private, and public), and all non-profit entities, throughout the U.S. “Membership is offered at no cost, no obligation, and no liability. Fleets will not see any user fees related to using our contracts, like they sometimes do with other contracts. The membership is important  because it creates the paper trail between their agency and our procurement files — our competitive bidding process,” Haglin explained.

Currently, NJPA membership includes more than 30,000 agencies across the country. Approximately one-third of those members joined in the last year. New members range from educational institutions, local and state government agencies to hospitals and non-profit organizations.

Membership allows the board and NJPA staff to facilitate the bid and procurement responsibilities on behalf of members. NJPA offers other agencies competitively bid contracts through which to buy products, such as heavy equipment.

“In most cases, our contracts satisfy the fleet’s need to seek competitive bids,” said Haglin.

Streamlining the Process
NJPA’s procurement solutions are designed to generate efficiencies and choice within government purchasing. “Through joint powers laws, fleets across the country can use our competitively bid contracts to purchase premium products at nationally leveraged pricing,” said Haglin. “This process saves the fleet managers and purchasing agents the time and expense it would take for them to do their own RFPs. Purchases are made by issuing a purchase order (P.O.) to the local dealer, referencing our contract number (which ties the P.O. to our procurement files).”

Unlike most cooperatives, NJPA requires response from vendors who can support its members across the country. “We award vendors with national sales forces and/or dealer networks. They respond on behalf of their dealers,” Haglin explained. “This is important to fleets, because they can choose to buy the productsthey want, with national volume pricing, from their local dealer.  The fleets are spending their local tax dollars with their local commerce — the people they know and trust.”
[PAGEBREAK]

Augusta County Service Authority (ACSA), which joined NJPA in April 2008, purchased $700,000 worth of equipment without using a request for proposal (RFP). NJPA was recommended to ACSA by the Augusta County School Board purchasing office.

Using NJPA’s process, ACSA saved more than $100,000 and 90 days of in-house work. NJPA reduced an original retail price of approximately $528,000 to a net cost of just over $417,000 with its contract pricing, according to the Alliance.

The City of Inglewood, Calif., has also been pleased with service provided by NJPA.

Rick Longobart, fleet services superintendent for the City of Inglewood, described the process as “pretty straightforward.” As Longobart explained, “You get the best competitive price available without having to reinvent the wheel and going back out to bid because they’ve already done that for you.”

Inglewood has been working with NJPA for about two years ever since Longobart and Haglin attended a conference together. “After listening to his presentation for an hour, I thought, ‘We really need to start moving forward on this,” Longobart said.

Though Inglewood’s membership originated with fleet, the entire City has the opportunity to buy products using NJPA’s services.

“I asked [Greg] how we get started, and it was simple: go online and fill out an application. There’s no monetary obligation and no commitments such as a memorandum of understanding (MOU). It’s simply going online, filling in your city agency’s name and who the point of contact is, and you’re done,” Longobart noted. “About a week later, you’ll get a bulk package saying you’re an official member and all the opportunities that go along with it. Just joining once means that your entire organization can now benefit.”

Although the “turnkey solution” — as Longobart described it — is available to everyone across the country, members must practice due diligence, he said.

“It’s like anything else; you have to do your due diligence and see if there’s not a better way of buying it,” Longobart said. “Every city has their own politics and some will frown on buying through a joint effort because you’re not soliciting local companies that may produce more revenue for them or obviously bring in more tax dollars in the community. So the politics behind the scenes is what drives it. We do send it out locally first to give everyone as much fair advantage as possible, but if there’s nobody there that can sell or provide the product – not a lot manufacturers selling trucks and chippers or skid steers and loaders in Inglewood – it’s okay.”

Establishing an Alliance
Fleets and vendors aren’t the only ones impressed by the qualities and services NJPA has to offer. Government Fleet magazine announced its endorsement of the agency earlier this year.

“NJPA’s goal of providing efficient fleet purchasing aligns well with our efforts to promote educated decision-making,” said GF Associate Publisher Eric Bearly. “When it makes sense, purchasing through NJPA can provide a huge reduction in both time and cost for fleet buyers. We feel they are going to have a positive impact in the public fleet realm.”

To spread the word, NJPA has been working to educate fleets across the country on cost-saving opportunities at a number of national events and seminars, including:

More information about the National Joint Powers Alliance is available at www.njpacoop.org or by calling (888) 894-1930.