What can government fleet managers do to protect vehicles and equipment when a hurricane looms?

Lessons learned from past hurricanes helped some fleet managers cope with Hurricane Ike, which struck Sept. 13, making landfall at Galveston, Texas. Some government fleet managers in the area said the protective measures they took helped their fleets come through in good condition, able to resume operations rapidly once the storm had passed.

What steps did these fleet managers take? 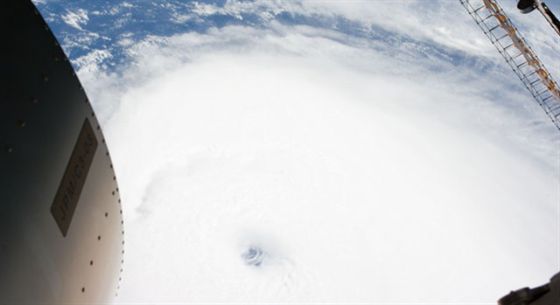 League City is about 20 miles inland from Galveston.

“We housed our vehicles in non-storm-prone areas, put them on high ground, and kept them out of harm’s way,” Herbert said. The safe sites included school district properties, he explained.

The plan to store fleet vehicles in places likely to stay high and dry was formulated after Hurricanes Katrina and Rita, Herbert said. Katrina hit the Gulf Coast, including New Orleans, Aug. 29, 2005, and Rita struck about a month later, Sept. 24.

As for the effects of Ike on League City itself, Herbert said in mid October, “We’ve got quite a bit of storm damage but it’s mainly wind-related.” Flooding occurred in some areas close to the city’s Clear Lake and Clear Creek at the time of the storm, he added. 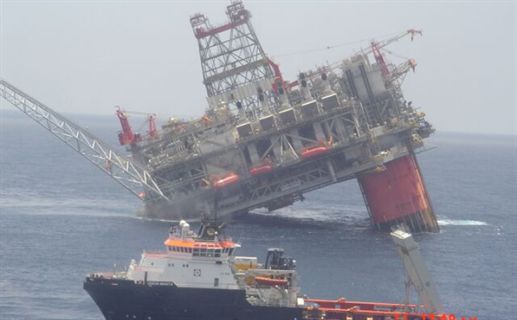 He added that government fleet managers in the area meet on a quarterly basis to update each other and coordinate mutual assistance plans.

Harris County Built on Past Experience

Harris County includes the city of Houston, but the county fleet, consisting of some 2,500 police vehicles, as well as pickup trucks and vans used for building and property management, serves only the unincorporated areas of the county, not the city itself. The fleet’s central maintenance facility is on the east side of Houston, and four satellite maintenance sites are located around the county; 21 mechanics work on the equipment.

Branner’s experience of Hurricane Rita prompted a change in supply arrangements to secure fuel availability, as much as possible, in future storms.

“With Rita we couldn’t get fuel ahead of time,” Branner recalled, “so our tanks were depleted of fuel before the event even happened.”

In addition, relying on a fuel card network at retail stations left the fleet in the same position as the regular motoring public: trying to get fuel at stations without power to run their pumps. 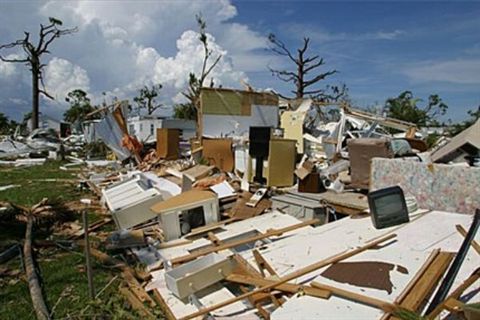 “The fuel racks were shut down, and the stations supplying fuel were shut down,” Branner said of Rita’s impact. “We had to get fuel trucks through an emergency contract to come from out of town to help us. That caused us to put some big changes in our contracts here locally.”

Harris County now spells out contingency plans in all fuel contracts, Branner said, specifying that the fuel supplier will provide service in case of an emergency.

The County awarded the contract to a vendor “who has total control over the tanks, the fuel racks, the drivers, and the tank trucks — they own it all,” Branner said. “That worked out really well this time,” he said, referring to Hurricane Ike. “We had no problem getting the deliveries.” Without that contract, he said, “We would have had some very severe problems.”

Harris County had “quite a bit” to contend with at the time Hurricane Ike hit, Branner reported, but there were saving graces.

“We were out of the surge up here in Harris County,” he said. “We didn’t have a lot of flooding because there wasn’t a whole lot of rain, initially, and so we didn’t lose that many vehicles due to flooding.”

About a half-dozen vehicles, some submerged, had to be written off — a tally Branner judged not so bad. “That happens every time there’s a flood in this area,” he said. “We’ve had worse in some severe thunderstorms.”

In the City of Webster, about 20 miles inland from Galveston, the regular fuel supplier couldn’t get fuel to deliver to the fleet, said Shannon Hicks, director of public works in Webster. The City contacted another supplier that could deliver the following day, Hicks said.

Pumping fuel at its own facility was not a problem, Hicks noted, “We have back-up generators and back-up pumps if we need them.”

Tire damage was rampant during and after the storm, Hicks said, caused by debris in the streets, including tree limbs and roof shingles bristling with roof nails. The tires typically would lose air steadily, rather than blow out, so crews that detected leaks promptly drove to the maintenance shop for repairs, Hicks said.

The City of Webster’s fleet numbers some 230 vehicles, including cars, trucks, and heavy equipment.

We’re back to normal with our fleet,” Hicks said in mid October.

Webster itself suffered some wind damage. “The city had some tornadoes, we suspect,” Hicks said. “You can see a swath here and there where a roof was torn off, and places where a tree fell onto a house or another building.

“But we’ve got almost all of our debris picked up,” Hicks said. “The City infrastructure came through pretty well. We were pretty well prepared and fortunate — and we’re glad it’s over. The places hardest hit had the tidal surge. We didn’t have any tidal surge to speak of here.” 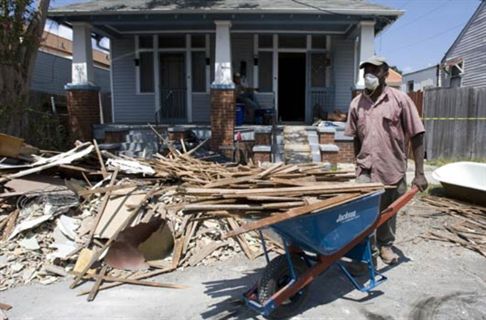