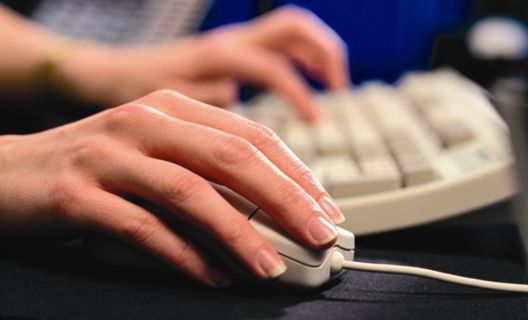 San Antonio Water Systems developed an in-house system to meet fleet work order requirements. The system allows keyless development of a work order and is completely mouse-driven. "This allows for standardized system codes, spelling, and verbage," said David Kilbourne, director of fleet, for the Texas-based agency. "The use of technology allows us to target vehicles for repairs, replacement, or reduction in fleet size."

The City of Columbus, Ohio began the transformation to sell City motorized assets via an online auction program in 2009. "The old method was a local public auction that had a very limited, local audience," said Bill Burns, fleet operations manager, City of Columbus.

"This is an amazing 205-percent increase in auction revenue from the previous method," said Burns. "The very first auction netted a total of 335 bidders from 27 states, Canada, and Mexico. Revenue from online auctions of fire apparatus increased bv 43 percent on average over the previous auction method."

Maintaining a fleet of 250 units, technology applications for the City of Fernandina Beach, Fla., are often limited due to cost, according to Jeremiah Glisson, fleet manager. "Nonetheless, we have utilized advanced technology in several ways. We sell all surplus vehicles and equipment electronically, which allows a quick disposal as vehicles are sold online via an eBay auction. This has provided the City with considerable income as we net 500-percent more return than previous auction by cry methods," said Glisson.

Fleet staff at Arapahoe County, Colo.; City of Tacoma, Wash.; and City of Claremore, Okla., use Nextel cell phones with walkie-talkie capability to communicate with one another.

"We are able to reach everyone no matter where they are on our lot or off-site during working hours for snow storm duty," said Donald Carson, fleet manager for Arapahoe County.

"This improved communications, especially with the street department and sanitation crews," according to Tim Miller, director of utilities for the City of Claremore.

A report from the New York State Comptroller found that one state agency allowed a supervisor to choose surplus vehicles and sell them to his immediate family and lost track of a fleet vehicle.

The Knoxville (Tenn.) Police Department has arrested a 19-year-old man after receiving complaints that he was impersonating a law enforcement officer. He was driving a decommissioned 2010 Ford Crown Victoria.

Is your fleet remarketing program performing its best?

Ford or Lincoln vehicles have captured the most awards by a single manufacturer among the 39 vehicles named to Vincentric's Best Fleet Value in America list for the 2018 model year.

The new name reflects the company’s longstanding focus on the Durabook brand as well as changing market conditions that emphasize the need for reliable, purpose-built, mobile computing solutions.

As vintage Chevrolet trucks increase in popularity with enthusiasts, more trucks are going up for auction and sale prices for the most coveted trucks keep increasing. As we look back at 100 years of Chevy truck history, here’s a gallery of the nine most expensive Chevrolet trucks sold at Barrett-Jackson auctions to date. Photos courtesy of General Motors.