Pure electric vehicles (EVs) can cut much of the petroleum load from regular fleet vehicles, for uses such as parking enforcement and park patrol. Cruising slowly along a line of parked cars to check for meter violations, or unobtrusively patrolling a broad city park, quiet, pollution-free EVs can be ideal.

One of the first types of EVs put in service in government fleets is the electric motor scooter. A recent article in Newsday profiled the first purchase of electric motor scooters by the New York Police Department (NYPD). "The 36,000-officer NYPD has been looking for ways to retool its massive motor fleet to use less gas and inflict less harm on the environment. A handful of NYPD hybrid cars and so-called flex-fuel vehicles, which can run on both gasoline and ethanol, are already on the road." 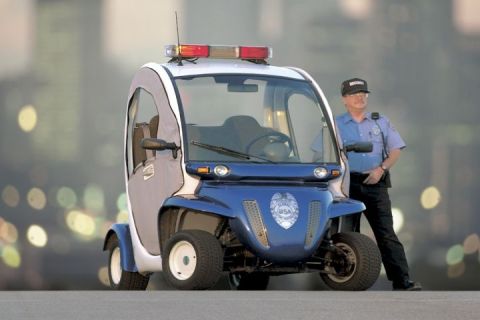 According to the article, the NYPD began road testing four plug-in Vectrix scooters in January — part of a broader campaign to make the nation’s largest police department a greener one as well.

On Feb. 22, the City of Sacramento, Calif., announced it was placing four electric motor scooters in service as a test, saying the numbers could be expanded upon successful conclusion of the test.

The City of Long Beach, Calif., is also due shortly to take delivery of four Vectrix electric motor scooters to test.

While some car makers wrestle with the problems of producing highway-capable pure EVs, other manufacturers have been developing quiet, efficient two-wheeled EVs and low-speed neighborhood electric vehicles (NEVs), that can perform many of the functions of a light car or truck.

Regulations allowing NEVs evolved primarily from the desire of retirement community residents to utilize golf carts for local transportation within their communities. To qualify as a NEV, a vehicle must not be capable of driving faster than 30 mph, and is limited to roads on which the speed limit is 30 mph or less. 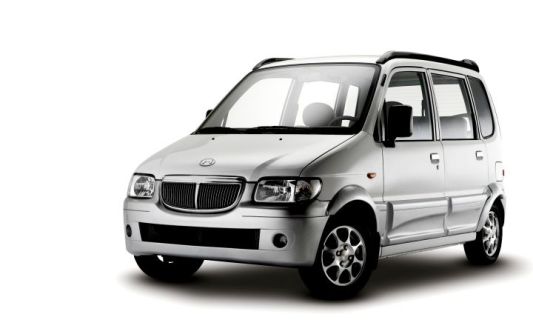 When it comes to safety, complaints are that NEVs lack some of the safety modifications required on vehicles for road use. NEV manufacturers answer that complaint by noting that the low-speed capability of these vehicles limits the forces that would be generated in a collision. The regulations that allow NEVs also exempt them from full highway safety equipment. While they may lack airbags and impact-absorbing bumpers, NEVs are equipped with safety glass, windshield wipers, headlights, taillights, brakes on all four wheels, and seat belts in all seating positions.

These vehicles have gained considerable use in retirement communities, college and industrial campuses, and similar areas in which their restricted speeds and relatively limited range (30 to 50 miles) are not a problem.

While some NEVs may look like golf carts at first glance, they offer sophisticated equipment. Disc brakes, head and taillights, windshield wipers, courtesy lights, weatherproof doors, and many other items are included either as standard equipment or options. On the more car-like NEVs, a comprehensive heating and ventilation system, and even air conditioning, are available.

With the NEVs’ low speeds, many of the collision safety devices required on conventional vehicles are either not required or not even relevant. Most of the weight of these vehicles is in their battery packs. Manufacturers try to cut weight everywhere else in order to keep the overall weight down. Chassis are steel, but often body structure is aluminum and body panels may be aluminum or polycarbonate plastic. All NEVs use regenerative braking, meaning when the vehicle is in a power-off mode, slowed by the brakes, devices in the wheels act as generators, sending electricity back to the battery and increasing the overall range.

Fleets that have adopted one or more NEVs for daily use usually report slow acceptance, then enthusiastic response once the vehicle demonstrates its capabilities.

Jefferson County, Wash., for example, has put a ZENN vehicle into service at the departments of Community Development and Public Works. The vehicle is used for short trips around Port Townsend, Wash., and has received enthusiastic acclaim from those using it. It was acquired in January through a grant from the Olympic Air Pollution Control Authority. In an article in the Peninsula Daily News, Port Townsend, Wash., Terry Logue, the county fleet manager, commented, "It serves a really good purpose and is certainly a start in the right direction. We wanted to find an electric car that people will actually drive — one that feels like a real car."

Adding NEVs to a fleet has a positive effect on EPAct requirements, even though NEVs are not considered vehicles by the EPA, but are considered "equipment." Global Electric Motorcars (GEM) supplied the following information:

Example 1: Government Fleet A (state or federal) is budgeted to acquire 10 light-duty vehicles in MY 2008.

Fleet A will have to purchase eight AFVs out of its 10 new acquisitions.

Example 2: Government Fleet B (state or federal) is budgeted to acquire 10 light-duty vehicles in MY 2008, but three are NEVs.

Remember that according to the EPA, NEVs are not "vehicles." They are "equipment." Fleet B will have to purchase five AFVs out of its 10 new acquisitions.

Looking into the Future

A major advance in battery technology, the lithium-ion (LiIo) battery, presages a difference in pure EVs in the future. LiIo batteries can be recharged more quickly, hold more charge for their weight, and weigh less than the lead-acid batteries now in use. The downside has been that they tend to run hot, hot enough to be a hazard in some situations.

LiIo batteries have been the subject of a research program on the part of vehicle manufacturers, mainstream as well as NEV makers. General Motors says the Chevrolet Volt electric vehicle, to be launched in 2010, will use the technology. At the recent Geneva Motor Show, Mercedes-Benz announced that it had succeeded in adapting lithium-ion technology to the requirements of automotive applications. Until now, the technology has been used primarily in consumer electronics. The new battery will be used in the MB series-production S400 BlueHybrid beginning in 2009.