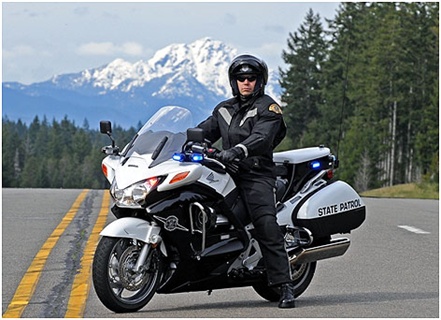 “Throughout the Patrol’s history motorcycles have proven to be an effective tool for traffic enforcement. This transition reduces cost and will still provide the safety and performance necessary for our motor officers,” said Chief John Batiste.

The Honda ST1300PA was specifically manufactured for law enforcement use. The Honda was chosen because of the balance, maneuverability, acceleration, overall performance, availability of service, and lower purchase and maintenance costs, according to the Washington State Patrol.