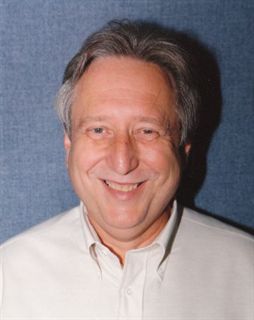 Among Glaiber's key accomplishments was being the creator of the innovative fleet replacement trust fund for government fleets. Glaiber was a long-time leader in championing this vehicle funding method.

In 1972, Glaiber earned a Master's degree in Public Administration at Penn State. He returned to Miami and continued to work for Miami-Dade County Government for the next 32 years, working in several departments including Elections, Citizen's Information, Solid Waste, and Fleet Management. While still in his young twenties, Glaiber was promoted to assistant director of the Miami-Dade Solid Waste authority. He later became director of the elections office. Following this, he was named director of the GSA/Fleet Management division and ultimately became assistant director of GSA for Miami-Dade County. Glaiber retired June 30, 2004.

"Mark was a brilliant innovator of new ideas and problem solving. In his legacy is the conception of the Fleet Replacement Trust Fund," said Doug Weichman, director, Fleet Management Division for Palm Beach County. Earlier in his career, Weichman worked for Glaiber. "Mark's career at Fleet Management is what he always said was most meaningful to him," said Weichman.

Glaiber is survived by his triplet daughters Laura, Julie, Kim, and son Adam.