ATLANTA - Fulton County Board of Commissioner adopted an anti-idling policy May 5 to reduce air pollution from county vehicles.

The "no idling" policy directs drivers of Fulton County's fleet vehicles to turn off their engines, instead of allowing them to idle.

Vendors making deliveries to Fulton County facilities will also be asked to turn off their vehicles while at the county's loading docks.

Fulton County is an active partner of the Clean Air Campaign, which estimates an engine that idles for 10 minutes yields 90 grams of pollutants. Ozone and particle pollutants have been linked to increased rates of respiratory and cardiovascular illness. 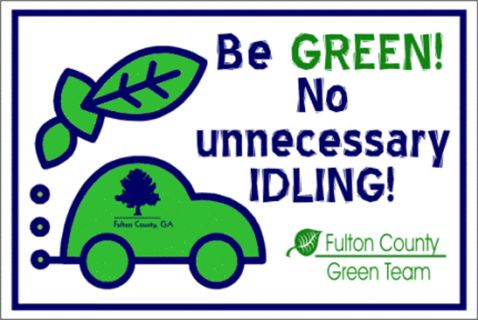 The "no idling" policy was coordinated by the Fulton County Green Team in 2007 to develop responses to environmental issues in Fulton County operations.