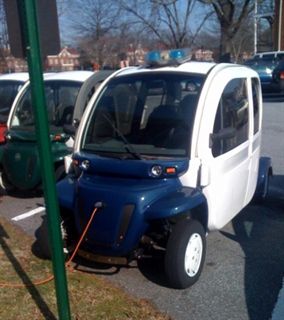 The Army-mandated program aims to help the military branch "go green," Woolford said in a statement. LSEVs are fully electric, so "it's going to cut down on fuel emissions and the use of fuel" here, Woolford said. Each LSEV obtained replaces one GSA car, truck, or van.

The fort's LSEV delivery is scheduled for fiscal year 2010. Fort Rucker will eventually gain more than the 17 designated so far, according to Woolford, who anticipates the arrival of this first group late this year or early next year.

Departments slated to acquire one or more of the new vehicles include DOL, directorates of Public Works (DPW) and Public Safety, Garrison and others, Woolford said. LSEVs will mainly be used for administrative trips, transportation at flight lines and other areas around post, he explained.

Prior to the arrival of the new vehicles, small charging stations will be constructed in various parking lots to recharge the new cars and trucks, which run approximately 40 miles between charges and can travel at about 35 miles per hour.