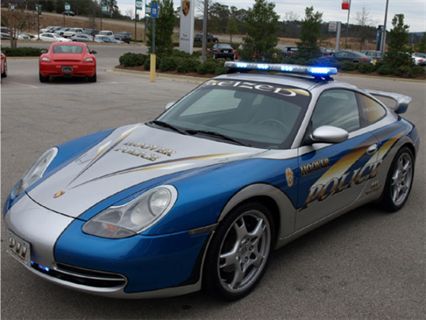 HOOVER, AL - The Hoover Police Department recently received custody of a Porsche used to transport 10 kilograms of cocaine, part of a drug seizure two years ago, according to Shelby County Reporter.

Police Capt. Jim Coker said it's taken this long to get the car because of a slow-moving federal court system.

Since then, the police department has the vehicle and will be put in good use.

"The Porsche will be used primarily for community events. It has already been a very good icebreaker. People want to stop and talk about it," Coker said. "We've already received one request from a school to have the Porsche for a career day."

Coker said the department chose to keep the car to drum up publicity and help spread an anti-drug message. The car displays phrases, "Seized" and "911 Never Forget" as reminders of the dangers of drug dealing and the emergency phone number 9-1-1 and the date Sept. 11 "to never forget."