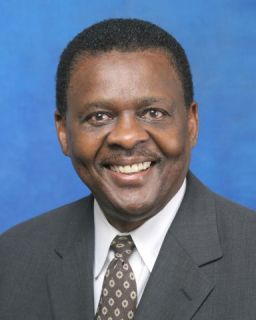 SEATTLE– Windell Mitchell, director of the Fleet Administration Division for King County, announced that he will retire April 30, after 35 years of service to the County.

One example of Mitchell’s green fleet endeavors was planning and hosting the largest clean-vehicle park-and-ride conference in the U.S. in September 2007. In addition, Mitchell developed and implemented a model anti-idling policy, wrote a Green Fleet Standards proposal, formed the Heavy-Duty Hybrid Truck Consortium, and secured $400,000 in grants for consortium members. Mitchell authored numerous articles in industry publications on alternative fuels, greenhouse gas mitigation strategy, outsourcing, and other fleet management topics. In 2002, the U.S. Communities selected Mitchell to lead a consortium of governmental agencies across the U.S. that attempted to negotiate national contract pricing for hybrid vehicles for all public sector political subdivisions.

Among his other accomplishments, Mitchell developed an automotive technician internship program with a local community college and orchestrated King County’s buy-back strategy to manage the high cost of off-road equipment.

King County is an ASE Blue Seal recipient and is certified by Ford, GM, and Chrysler to perform warranty repairs. Mitchell was runner-up for the 2007 Public Sector Fleet Manager of the Year, awarded by Government Fleet magazine. Mitchell was also actively involved with industry associations such as American Public Works Association, National Safety Council, and served as an officer, trustee, and committee chair for NAFA.

“Win’s career is an extraordinary example of public service, dedication, and social responsibility. Win has contributed a great deal to the successes of King County DOT, King County, and the community,” said Harold S. Taniguchi, director, Department of Transportation for King County.

Mitchell is one of three finalists for the 2008 Public Sector Fleet Manager of the Year Award, to be presented May 4, in Salt Lake City by Government Fleet magazine and Automotive Resources International (ARI).