ATLANTA – The standard Panamera will make its debut in 2009 as a 2010 model, and the Cayenne Hybrid is slated to arrive "at the end of the decade," according to Porsche. According to the Web site, www.edmunds.com, the Panamera Hybrid, the company said, "will follow later, depending on market requirements.

"The parallel hybrid system, which permits the vehicle to operate with an electric motor, a gasoline engine or a combination of both, will deliver an estimated 31 mpg in the Cayenne Hybrid.In the Panamera Hybrid, the battery pack will be located in the luggage compartment. The hybrid module — which bundles the electric motor and an additional clutch — will be positioned between the engine and gearbox, according to www.edmunds.com. 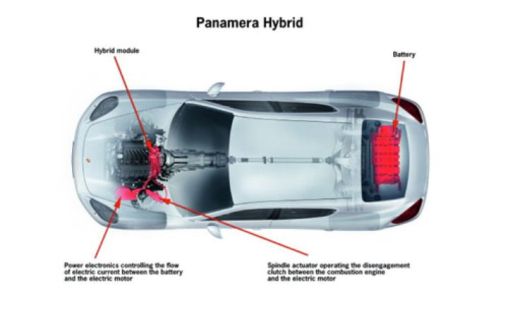 Meritor's T.J. Reed, global vice president of electrification, talks to HDT about the company's recent acquisition of TransPower and the state of electric commercial vehicles.

Ideal for urban waste collection, Daimler's eEconic electric truck will be based on the all-electric eActros, with testing to begin in 2021.

The EV Standard is a streetlamp that offers electric vehicle charging by combining solar, wind, and utility-generated electricity.

Geotab has launched its Electric Vehicle Battery Degradation tool, a tool that offers a comparison and assessment of battery health in EVs over time.

The City of Watertown, S.D., is transitioning its entire gasoline-fueled fleet to exclusive E-30 use. Ethanol is produced in the city using corn grown by local farmers.

The City of Vancouver, B.C., Canada worked with a local technical institution to develop an electric vehicle maintenance program, with city technicians serving as the first students.