After being closed for close to a month, U.S. manufacturing plants for Daimler Trucks North America, Yokohama Corporation of North America, and Cooper Tire & Rubber Company have either restarted production or are in the process of restarting their assembly lines, with Detroit's Big Three still in limbo.

According to an article on OregonLive, manufacturing resumed on April 20 at Daimler Trucks’ Portland, Oregon, factory, a closure that initially put 600 employees on unpaid furlough. The OEM redesigned its manufacturing process over the last month, giving workers more space on the line to keep up with social distancing recommendations. For example, by splitting its workforce into two shifts, employees have more room on the floor. In the OregonLive article, Plant Manager Geoffrey Jansen said that they went through 500 separate processes to make sure workers have at least 6 feet of separation.

Yokohama Corporation of North America has scheduled the reopening of its West Point, Mississippi, plant for April 27. The company has also implemented new safety procedures at the plant based on the latest guidelines from the Centers for Disease Control and Prevention and local authorities, including a number of preventative measures that are currently in effect at all Yokohama facilities.

Following suit are OEMs Toyota Motor Corp., Tesla Inc., Hyundai Motor Co., and Volkswagen AG, which, according to Bloomberg, intend to resume production in the first week of May. Of the big three automakers, General Motors Co., Ford Motor Co., and Fiat Chrysler Automobiles NV, only Fiat Chrysler has confirmed that it will progressively restart with government approval beginning May 4.

Samsara announced a new integration with Ford Commercial Solutions as part of a continued effort to unlock the power of embedded telematics data for fleet customers.

Ford has designed a new heated software enhancement to pilot with its Police Interceptor Utility — one that law enforcement agencies can utilize to help reduce the footprint of the COVID-19 virus.

As of May 26, FCA has restarted 22 of its plants in North America and enacted safety measures for its employees. 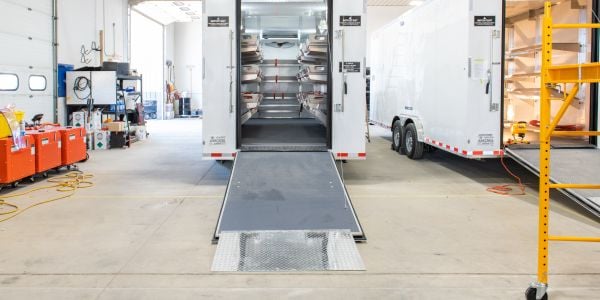