Many commercial fleet managers with devices on Verizon's 3G network face a ticking clock to move their telematics hardware to a 4G LTE network, because the cellular provider plans to shut down its older infrastructure at the end of 2019.

This technology upgrade is presenting hardware and installation costs for managers of large fleets, who must find creative ways to bear the burden without help from the carriers. Telematics vendors are also seeing this inflection point as a significant business opportunity, with some associated risk, if they can effectively manage the device swap-out and customer-service finesse that goes with it.

Customers of Verizon Connect will have extra time, as the telematics provider has negotiated a three-year extension for its customers, said Greg Jones, director of hardware product strategy at Verizon Connect.

"In working closely with the Verizon network team, we were able to extend the 3G hardware deadline for Verizon Connect customers to the end of 2022," Jones said. "This is to allow us to better meet our customers' needs with a swap-out schedule that makes sense for each of them individually. When we come across a situation that has the potential to cause disruption to a customer's business, we want to get as far ahead of that as possible, and establish timelines that ease their pain points and take some of the stress out of the situation."

While Verizon hasn't released details about how many commercial fleets are using its 3G network, analysts estimate that there are approximately 3 million 3G commercial fleet management connections remaining. Many of those are also operating on AT&T's 3G network, which will be shut down at the end of 2021.

The 3G networks have provided an appealing lower-cost alternative to 4G LTE for fleet users, just as 2G networks did in earlier years. Most telematics data can move over a lower-bandwidth connection at a more affordable cost.

Telematics service providers have been guiding their fleet clients through the process with different rules of engagement. Several providers have offered trade-in credits or more favorable service plans, while others have worked to keep antsy clients at bay.

"Fleets operating on Verizon's 2G or 3G networks will have to have their current telematics hardware replaced," said Clem Driscoll, a telematics analyst. "In some cases, the provider will update the hardware in exchange for a new contract with the fleet operator. In other instances, the fleet may need to pay for new hardware."

With the phase-out of these 3G connections, managers of larger fleets with embedded hardware and vehicles that operate in rural areas will need to move more quickly in some cases, according to Susan Beardslee, principal technology analyst for ABI Research.

"Those most impacted will be the fleets that operate outside of larger towns and urban areas and that have wired solutions that require removal and reinstallation," Beardslee said. "Small fleets of about 20 or fewer vehicles have a greater tendency to utilize plug-and-play solutions for heavy-duty trucks. Those fleets can readily purchase off-the-shelf products, along with the needed data plans."

We've been to this place before. In 2015, AT&T announced it would shut down its 2G cellular network by 2017, and fleet managers began upgrading their devices.

Every three to four years, technology brings an upgrade cycle that forces change.

When AT&T began shutting its network down in 2017, telematics devices didn't shut off right away, partly due to the carrier's reliance on its roaming partners, who independently owned some of the towers on the network. Cellular infrastructure in more remote areas was replaced slowly as users waited for those companies to invest in the update.

Vehicles in rural areas experienced coverage lapses from devices that stopped sending signals more gradually than urban vehicles where towers were upgraded first. The process caused some headaches for fleet managers, who have continued to replace 2G devices until recently in some cases.

"The sunset of cellular service has a major impact on our fleet," said a leading fleet manager. "We only recently completed the updating of all our units from a 2G service to 3G. Those units using 2G were starting to have major technical issues which caused some drivers to unplug the telematics device entirely."

At some point, cellular providers stop activating devices on the older network, but legacy technology must still be retired.

AT&T provided early notice about its 2G shutdown, and Verizon gave fleets even more time to make the shift when it announced in June 2018 it would no longer activate 3G devices.

"It's generally going to be somewhat easier because a lot of folks had lessons learned on the first go around," said Vito Centofanti, Geotab's vice president of sales. "The telematics providers in general really got out in front of this 3G shutdown and move to 4G. The carriers were way more forthright about deadlines."

Verizon Connect, which is the largest global provider of commercial telematics software and services, hasn't disclosed the exact number of devices that need to be replaced. Trimble has said it will need to replace about 250,000 3G units.

Fleet managers who will need to replace hundreds to thousands of units should develop a plan to attack the project. Here are several steps to take:

As the manager of Verizon's telecommunications service fleet, Kenneth Jack said he is following the same timeline as his industry peers.

"Planning is always the key," said Jack, vice president of fleet operations. "If you're running a fleet of any size, you’ve got expenditures you're trying to manage over time. You’ve got to start with what you're going to replace. Start to think about how to spread it out."

Getting an early start will also provide a cushion for unanticipated challenges.

Some telematics providers are taking a more proactive approach than others.

SmartDrive, for example, is offering a special program to offset the cost of 4G hardware.

"By the end of 2020, our plan is to upgrade all the customers," said Jason Palmer, SmartDrive's COO. We've been shipping 4G modems for some time. We're contacting all our customers."

Depending on the level of customer support, this moment may present an opportunity to reevaluate whether your telematics provider is providing the right support.

AT&T has been communicating with its customers, and has been urging them to begin the migration," said Lisa Park, AT&T's assistant vice president of IoT Solutions.

"We are advising our customers begin their migration planning as soon as possible to upgrade their devices and solutions to 4G LTE to avoid possible service disruption. And they should engage and work closely with their ecosystem providers, partners and customers to ensure they're in alignment with their migration plan and the timeline for the 3G network transition."

Geotab is working on a program that would provide financing through its reseller network for fleet managers who want to accelerate the transition but may not have the immediate budget to do so. Geotab also offers a top-tiered rate plan that comes with a lifetime warranty on the device and a hedge against technology upgrades.

CalAmp has introduced a device-as-a-service program that shifts the capital expenditure upgrade burden to a predictable operational expense.

"It offers network technology protection for customers looking to make the next generation technology transition," said Kinana Hussain, vice president of product line management. "Through this model, CalAmp can refresh its customer's devices for a nominal charge, empowering them to adapt to the latest network technology with minimal effort and cash outlay."

For DOT truck fleets, digesting the transition to 4G LTE may cause less heartburn.

Michael Berry, a utility service fleet manager for Novinium, went through the 2G shutdown without too many issues and expects the same smooth transition with the 3G phase-out.

"Not expecting any issues to cause a blackout on service for us," Berry said. "I am working with my rep to determine how they're going to keep me up and running at little to no cost to me. Most of the 3G units are on the light-duty not DOT stuff, and if this shutdown goes anything like the 2G shutdown did, with respect to timing of the towers going down, I think geographically my fleets are in good shape. “

Trucking fleets that were using automatic on-board recording devices (AOBRDs) were given a respite but must switch to ELDs in December.

These fleets that haven't already moved away from 3G could be heavily impacted.

"If the lesson didn't hit home during the 2G shutdown, the logistics challenges around the ELD switch will hopefully prepare the industry for the 3G shutdown that is looming in the next 12 to 24 months," said Marco Encinas, product manager of global platforms  at Teletrac Navman.

The ELD mandate can be viewed as an opportunity for fleets to add next-generation fleet services, David Van Dorselaer, AT&T's general manager of industry solutions, wrote in a blog post.

The lure of lower costs for telematics devices may lead fleet managers to consider alternative cellular networks such as LTE-M or NB-IoT, but these lower-bandwidth networks may not provide a solution. The NB-IoT network would typically be used for devices that don't move.

These narrow-band networks are designed for IoT devices such as asset trackers that use between 50kb/s and 1Mb/s with a battery life of several years.

Devices that function on these networks need special 4G CAT M chipsets. These 4G modems are rated in categories from one to 10 with the higher number providing greater speed and bandwidth. Most telematics companies provide Cat 1 devices to fleet customers.

"Cat M modems are newer versions of LTE modems," Geotab's Centofanti said. "They are essentially designed to allow for slower bandwidth applications. Telematics is able to run on slower speeds. It all depends on the sophistication of the application."

As wireless providers begin shutting down older networks and rolling out 5G service, fleets will need to make the shift to 4G. The promise of 5G, which can be about 20 times faster than 4G, is still many years in the future for use by fleets due to the cost and infrastructure challenges.

"I think it is 10-plus years away until we feel it," said Gary Tucker, CEO of Zubie. "The infrastructure required for 5G requires a piece of hardware every quarter of a mile." 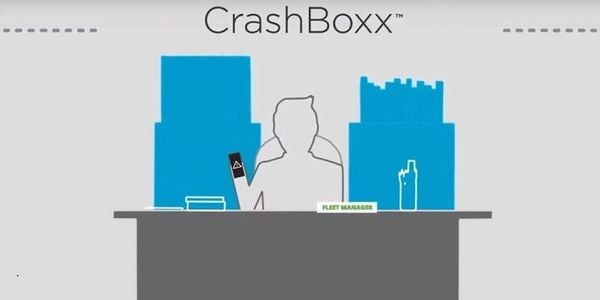 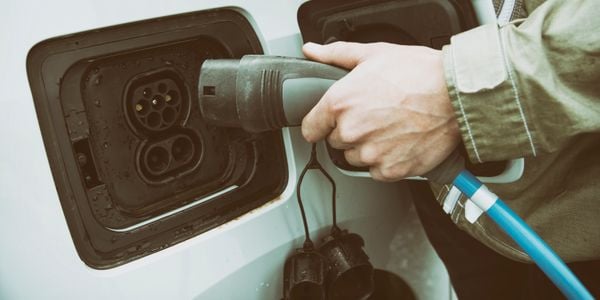 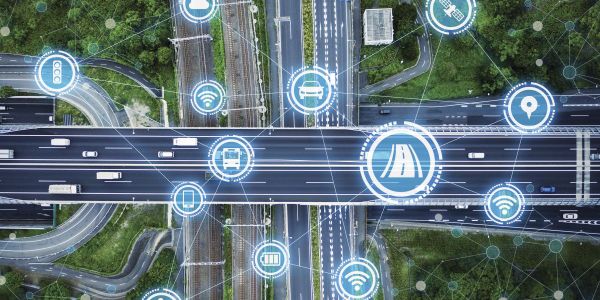 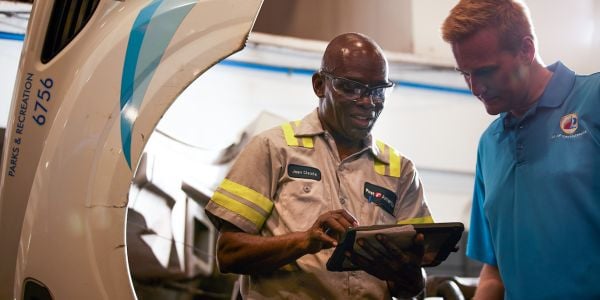