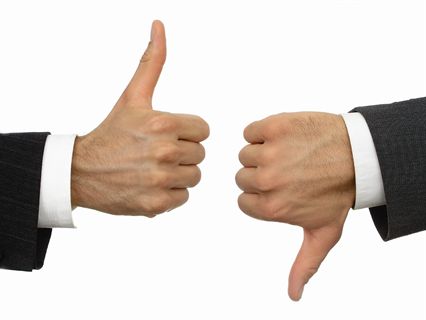 "Right-sizing" a fleet for better fuel economy requires considerable caution, since it can have its drawbacks as well as benefits. Many fleets, for example, have sought better economy from replacing larger trucks with smaller ones and/or switching to smaller-size power plants.

However, where the Ranger's interior cab was too confining to accommodate, for example, the laptop computer and stand that service technicians required, officials were forced to switch back to full-size trucks.

The Hybrid Escape, Ford's small SUV, has gained considerable popularity as a means of improving economy, though its work capabilities are rather limited.

As one fleet manager, who has been replacing some of his vehicles with Hybrid Escapes, pointed out, "It's tough to find where the plug-in electrics will work."

Where used, hybrid trucks typically serve as transportation for work supervisors. Generally, the trucks are not very effective in improving fuel economy in work applications, where the truck must idle for lengthy periods or perform other work while idling. That's because the draw on the electrical system, such as running air conditioning, can eliminate the fuel economy benefits of the electrical backup.

Another fleet manager also pointed out that, "While there are a lot of grants out there for buying hybrids, I don't see the economical advantage at this moment. There are a lot of unknowns. And, when the lifecycle is up, what do you do with the battery? What about the cost of disposal? The environmental waste?"

As one promising work truck alternative to conventional hybrids, Eaton has developed a new hydraulic launch assist system. Already tested by several fleets and most effective in stop-and-go applications, the system employs the truck's kinetic energy during braking to aid in launching and accelerating the truck.

It basically recovers most of the energy normally generated and then dissipated by the brakes, creating pressurized hydraulic fluid, which works to significantly improve fuel economy, as well as reducing emissions and prolonging brake life, according to company officials.

As part of its "right-sizing" effort to cut fuel and other costs, the City of San Diego trimmed its fleet by 300 vehicles to 3,850 this year -- the second such reduction in the past two years, according to John Alley, CAFM, former director of the fleet services division for the City of San Diego.

The latest fleet reduction provided savings of about $11.5 million, including an estimated 7-9 percent in fuel costs. Alley noted that, over time, "Most fleets are subject to 'fleet creep' where they start adding vehicles for whatever reason."

To counter that, the fleet services division studied vehicle utilization in its 37 different departments, based on either operating hours for those equipped with an OHM meter or mileage (odometer).

A similar, previous effort in 2009 yielded only a 50-vehicle reduction, because it was left up to discretion of individual departments. "When you leave it up to departments, they're reluctant to get rid of a vehicle," Alley noted.

The 2010 effort carried the authority of a directive from City officials, which made all the difference.

One Florida-based fleet similarly "right-sized" its fleet vehicles by scaling it back to 529 vehicles, according to its fleet manager. "The biggest thing we focused on is these vehicles only being used strictly for work."

Some fleets that purchased diesels to boost fuel economy, are now contemplating a switch back to gasoline engines for certain applications because of emissions system-related problems.

Essentially, on 2007 and 2010 models, the emissions system can become clogged with soot on a vehicle that idles or works at idle a great deal without running sufficient highway miles to compensate. That's because the systems require a certain operating temperature to burn off the soot and regenerate.

Vehicles, such as dump trucks that work extensively with a power take-off (PTO), are prime examples of where such problems have occurred.

When right-sizing for better economy, it pays not to jump into new designs and technology too quickly, one fleet manager cautioned.

"A few years ago, everyone -- UPS and a lot of other fleets -- were hot on the [one particular cargo van]. They got the fuel mileage, but also found out how expensive it could be to maintain. For fleets servicing their vehicles in-house, technicians used to working on Ford and GM vans got lost working on turbodiesel engines. Also, the parts were available only from selling dealers," he said, adding to their cost. "In addition, the van's hefty purchase prices, often running well into the $40,000 range, have now also given way to disappointing resale values."

All of these factors have the Florida-based fleet manager fully researching Ford's Transit Connect van, a vehicle he's been studying for quite some time.

"It could work," he said about the Transit Connect. "But I have to live with the choices I make for many years after. As an industry, we need three to four years' real use (proven road experience) before we can say whether it actually helped or not."

Compared to E-Series Ford vans, with a proven track record that has allowed his fleet to operate them for "well over 300,000 miles, 15 years-plus," the Transit Connect is still a "whole new vehicle," in his estimation.