Recipients of the 2010 Environmental Leadership Awards were recognized Oct. 19 during a special awards ceremony at the Green Fleet Conference in San Diego. Sponsored by Government Fleet and Automotive Fleet magazines, winners in attendance were presented the award by San Diego Mayor Jerry Sanders.

In total, commercial and public sector fleet leaders from 31 companies and government agencies were recognized for leading successful "green" efforts that led to significant improvements in their fleets' environmental impact. While a successful green fleet program requires participation from all staff involved, the awards recognized the individual responsible for taking charge and leading the team's efforts.

These professionals have led their fleets in reducing emissions, implementing alternative-fuel technologies, and performing additional "greening" efforts. Winning fleets were self- and peer-nominated, and final public sector recipients were selected by GF editorial staff. 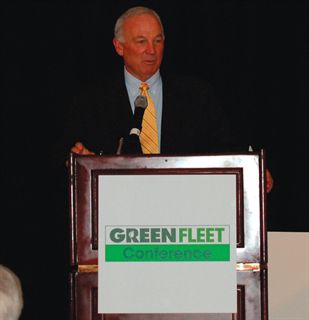 The 2010 public sector fleet recipients were: