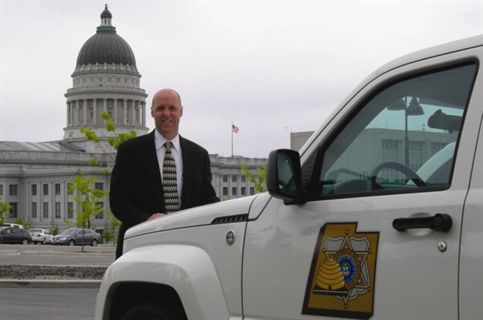 As fleet managers sharpen their pencils at budget time, many look to replacement budgets to cut costs. At the same time, many are wary of increasing replacement cycles to compensate, as this can lead to higher maintenance and repair costs, lower fuel economy, increased vehicle downtime, or worse — catastrophic failures in the field.

When faced with this very challenge, the State of Utah looked to a credible source to make a choice: data. After two and a half years of extensive research, Scott Bingham, interim fleet manager, State of Utah Fleet Operations, found the right balance to reduce costs: raising replacement mileage limits from 90,000 to 105,000 miles — a change that yielded impressive savings for the fleet.

Knowing extending replacement cycles at random could produce dire consequences, Bingham needed solid facts to determine what mileage threshold would yield promising results. However, as he looked to the Internet for guidance, the search proved fruitless. That led him to consult a reliable source: the fleet's own data. Over two and a half years, Bingham pored over every metric fleet systems had tracked. The data demonstrated extending vehicle replacement cycles was the right choice.

Of the 4,404 vehicles owned and managed by the Division of Fleet Operations, Utah extended replacement cycles on all light-duty vehicles, with the exception of diesel vehicles, which already have a 150,000 mile replacement, for a total of 3,500 vehicles in all.

"In the initial stages of research, we found many fleets do not have access to information that would help them make significant fleet management decisions. Our division invested large portions of our time to verify the correctness and completeness of our data resources," Bingham said. "With the information our systems have, we could verify 90,000-mile vehicle total costs per mile and compare that to the total costs per mile for vehicles with 105,000 miles. We also used mileage interval costs as another comparison."

According to Bingham, data was gathered and compiled to compare mileage intervals to the other mileage intervals within the vehicles' life. "In both research scenarios, the increase was justified by significant savings," he said.

Bingham and his team's research concluded the fleet loses 25 percent of a vehicle's value in the first 20,000 miles. In the last 15,000 miles (from 90,000 to 105,000), it loses a mere 2.1 percent. While a typical concern with higher mileage thresholds is the cost of increased maintenance and repair, for the State of Utah, those costs only increased by $8,880 for all 3,500 vehicles combined.

"All of our research revealed the increase of 15,000 miles yielded a very small change to the surplus sale returns, and very minimal maintenance and repair cost increases," Bingham said.

With such significant results, Bingham said his team considered extending replacement mileage limits beyond 115,000, but the small data sample didn't make for a confident choice.

"We wanted to make our decision based on data in our fleet management systems. There were small data points indicating moving the replacement mileage even further could help save money, but we were not comfortable with the amount of data in that projection. The data we had was not sufficient enough to make a change above the prescribed 105,000 miles," he said.

Instead, Bingham and his team made a choice based on an appropriately large data set - and one they knew would yield positive results.

While cautious fleet managers may fear increased costs associated with higher mileage thresholds, Bingham said the key is keeping up with vehicle maintenance. "Because our vehicles are maintained at high levels, sometimes more than the manufacturer suggests, our information concludes that higher maintenance, repair, and fuel costs are not a significant concern."  [PAGEBREAK]

Banking on the Results

After closely examining maintenance and repair costs, energy efficiency, depreciation costs, vehicle reliability, vehicle up-fitting, and other factors, Bingham and his team determined extending vehicle replacement cycles could yield significant savings with minor impacts on the agencies they served. They were right: this one change will save the state $1.82 million annually without significant inconveniences to state agencies. This savings will continue every year the increased replacement schedule is used.

"When vehicles are maintained at high levels, they can and will provide valuable service well above 100,000 miles. The agencies will no longer need to schedule times and people to replace vehicles. This saves valuable people resources in purchasing, surplus, and prepping for service and decommission," Bingham said. Further, upfitting new vehicles can be expensive, as they require procurement, scheduling, and installation. This hefty investment is significantly decreased with the extended cycling change.

In addition to saving $1.82 million annually, the State of Utah also benefits in other ways. The State realizes more value from the vehicle and utilizes more of the manufacturer warranty periods. Further, fewer resources are dedicated to purchasing and dealing with surplus vehicles. In addition, drivers are not without vehicles while they are being replaced.

Bingham says the one small challenge he's encountered has been changing the mindset of customers accustomed to a replacement mileage of 90,000. "Some have complained when repairs were needed between 90,000 and 105,000, but complaints have been minimal," he said. "The drivers have been a little disappointed that their replacement vehicle is generally delayed an additional year, but this has not been an issue of any significant size."

In the long run, Bingham says the fleet does not foresee the mileage cut-off returning to 90,000. "Vehicles are being built and maintained using higher standards, and we feel this will help vehicle reliability," Bingham said. "Manufacturer warranty is also extended by some manufacturers to 100,000 miles and beyond. This extended warranty period helps us significantly when catastrophic failures occur during the life of the vehicle."

Rather than investing in new units, resources may be better spent on a dependable fleet management information system that accurately tracks the valuable data needed to accurately identify the most appropriate mileage limits. "With the information gathered from our systems, we were able to comfortably make the change, and our agencies have been reaping the benefits of it," Bingham said.