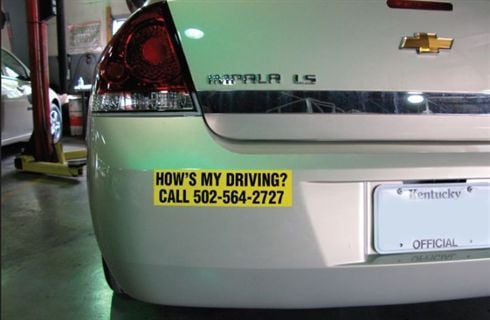 Several government fleets were among 41 recipients recently recognized by the National Partnership for Environmental Priorities for their efforts in reducing and/or recycling hazardous chemicals in their organization.

The City of Oxnard, Calif.; the City of Reno, Nev.; and Cobb County (Ga.) Fleet Management have successfully curtailed the use of lead in their fleet operations.

City of Oxnard. The City of Oxnard eliminated the use of lead wheel weights in favor of steel weights, at a rate of approximately 260 lbs. of replacement lead weights annually. Additionally, the City has eliminated pollution from its vehicle fleet caused by lead weights falling off vehicles while in use, which would add lead to the road and highway environment.

City of Reno. The City of Reno eliminated 400 lbs. of lead wheel weights from the public works fleet by the end of January 2009. Steel weight costs are about 50 percent more, but since labor comprises 90 percent of the wheel-balancing expense, the increase is minimal, according to the City. As the steel weights become more readily available, the overall cost is expected to drop. At the same time, health care issues related to lead exposure to employees and the environment will be greatly improved.

All City of Columbus, Ohio, safety-related vehicles are quality-inspected by a different supervisor after the repair is done. Fleet Management also moved to a new facility and was able to consolidate the parts operation and move to a 24/7 configuration for safety vehicles, both measures better supporting the City's police and fire customers and reduce the amount of reworks, according to Kelly Reagan, fleet management administrator for City of Columbus.

Broward (County, Fla.) Sheriff's Office fleet is prepared to handle the worst. Fleet maintains an Emergency Action Policy that includes a sufficient supply of tires to cover all vehicles in the fleet in case of a natural disaster, according to Michael Best, general manager of Broward Sheriff's Office — First Vehicle Services.

The Sheriff's Office also recognized a need to be self-sufficient and maintains its own fuel hauling capability for emergencies. Fleet also utilized Federal Emergency Management Agency (FEMA) grants to construct a mobile repair trailer for use as a command center in the event of a natural disaster.