"We included the Jetta because diesel is increasingly being considered an alterative fuel," said Dmochowsky. "The Jetta achieves as high as 60 mpg and burns cleaner."

Facing rising fuel prices, changing regulations, and more green goals set by customer companies, Kraft Foods began implementing fuel-efficiency and emissions-reducing measures several years ago, said Dmochowsky.
"In Spring 2007, we were one of the first fleets to move from six- to four-cylinder vehicles," he pointed out. The Kraft Foods sales/management fleet numbers about 5,000 vehicles.

The field tests and evaluations will be used to measure the benefits of hybrid vehicles compared to traditional gasoline engines, Dmochowsky explained.

"This program is consistent with Kraft Food's overall green initiatives. We will compare and contrast performance of these vehicles against standard offerings driven by the majority of our employees today across two dimensions: total cost of ownership and the 'use-phase' carbon footprint," he said. Preliminary results show improvements of between 30-77 percent in fuel economy against the standard vehicle offerings, depending on the model.

The vehicles were deployed throughout the country, but with the geography of each vehicle's territory in mind, said Dmochowsky. "For example, we didn't put a hybrid in a rural area, where its benefits aren't as substantial." 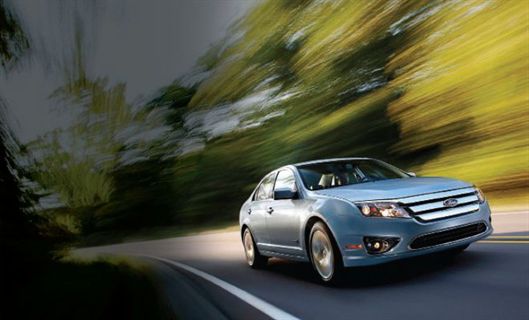 Following Up in the Field

Dmochowsky and David Lighthall, Kraft national fleet supervisor, are conducting in-person interviews and in-vehicle surveys with the volunteer drivers, using a rating scale of 1-5, one being poor; five being excellent.
Drivers rated the following factors in driving the hybrid or diesel vehicles:

The personal visits will provide "a gut check first," said Dmochowsky. A survey of all drivers who weren't personally visited will follow.

"Based on this analysis and a look at other opportunities to implement the hybrids, we'll determine where it is right to do so," Dmochowsky concluded.