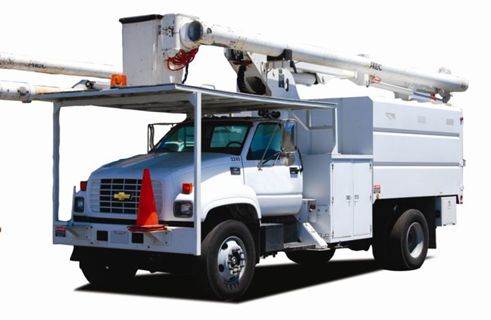 Is it possible to do away with pre-bid conferences?

Though it seems unlikely government fleets could dispense with the pre-purchase meetings altogether, a number of fleet managers said they had come close.

"Generally, the specs are written well enough that we don't have to have a pre-bid meeting with the vendors," said Paul Gultice, equipment mechanic supervisor for the city of Xenia, Ohio. "I think in the past 10 years we've probably had one, on a vehicle."

Often, government fleet managers said, pre-bid conferences become unnecessary because spec'ing, bid solicitation, and purchasing can be streamlined by "piggybacking" on state contracts or by joining a purchasing cooperative.

"We can coattail on State of Illinois master contracts for plow trucks, pickup trucks, pursuit vehicles, administrators' sedans — anything," said Chuck Curcio, fleet maintenance supervisor for DuPage County, Ill. "It satisfies our bid process, and a lot of times, we find that it's a better price because of the larger volume."

The Suburban Purchasing Cooperative (SPC), which represents some 160 municipalities and townships in the larger Chicago region, offers much the same benefits as piggybacking on state contracts, fleet managers said. DuPage County and the Village of Glen Ellyn, Ill., are members of the cooperative.

"All the municipalities typically use the same kinds of vehicles, so the co-op will go out to bid on those common vehicles," including public works, police, fire, and other types of vehicles, said Frank Frasco, fleet manager for Glen Ellyn. The Village also makes some purchases by piggybacking on State of Illinois contracts. "Since the State has already created specifications and gone out to bid," Frasco said, "we don't have to put time and effort into creating the specifications."

This kind of purchasing approach is successful in large measure because of the utilitarian specs typical of government fleet vehicles.
"Obviously, in government, we're looking for bare bones," said Charles Stang, fleet administrator for the State of Ohio. "No leather seats," he said with a chuckle. "No heated seats."

That approach has allowed the city fleet of Kettering, Ohio, to dispense, generally, with pre-bid conferences, said Stephen Andrews, garage supervisor. "Almost all our vehicles are standard applications," Andrews said. "A sedan is well-defined, and we buy it off of the state bid."

Andrews said the fleet bases dump and utility truck specs on those of construction companies. "For our dump trucks, if we're seeing exceptional wear, maybe we change the brand of plow," he said. "But the rest of that truck is going to stay pretty much the same. And if my vendor recommends a different dump body manufacturer, I can live with it, as long as the truck bed will hold seven cubic yards [of salt]."

"As the fleet, we don't become involved," Andrews said, "except to talk about the chassis or the equipment components underneath it.

"What we're doing here is not rocket science," Andrews continued, "in that we tend to replace vehicles rather than try new-concept equipment. We don't think we should be spending taxpayer money testing the waters. We need to be conservative and make sure we have a well-defined product. Something that's going to be low-risk for failure. We keep our vehicles so long that if we make a mistake in buying the wrong thing, we have to live with it 10 to 15 years."

The same recently held true for the fleet in Xenia, Ohio, when it was time to acquire a backhoe, said fleet manager Gultice.

In drawing up specs for the backhoe, Gultice consulted with the operator to determine the reach required for the machine to be most useful. Gultice also asked the operator what features, if any, on the machine he liked or disliked.

"We got some extra equipment on this one based on the operator's recommendations and what the department said they really needed," he said. The features included an extended boom, some hydraulic tool attachment points, and a nonstandard front bucket.

When spec'ing, Gultice observed, "We've found that if we get something the operator likes, he'll take better care of it. He feels it's more his because he helped write what it was going to be."

When the Village of Glen Ellyn needed to replace an aerial bucket truck for forestry use — removing or trimming trees — the fleet developed the specs and fielded bids, said Frasco, the fleet manager.

Frasco said the bucket truck being replaced is "a 10-year-old vehicle, and procedures change; the needs of the department change."

Two to three months before going out to bid, Frasco met with the director of public works and another manager to go over the specs. The main questions to address concerned the aerial bucket's reach - "How high do you need to go?" - and the storage compartment space required to hold saws, climbing gear, fuel cans, etc. Tree-cutting crews today use more tools and safety gear a decade ago, Frasco said. "And they have to store all that on the truck." The additional equipment can have implications for the chip box size.

There is also a seasonal aspect some fleets, including Glen Ellyn, must consider when spec'ing and purchasing equipment.

"Typically we try and go out to bid in early spring so we can get stuff in mid-summer," Frasco said. "Our slower season is in the summer. That's when we would upfit or build our police cars and public works vehicles and ambulances. We can't do that in the winter when we're dealing with snow plowing and the plow trucks."

Specification timing can vary according to the manufacturer as well. "Every manufacturer is different," Frasco said. "Some can get you product in 60 days; some need 120 days."

The government fleet managers said post-bid conferences were either rare or unheard of.

Gultice of Xenia said such a meeting would not be held "unless there is some question [because] the vehicle varies from specs." In that case, he said, "We'd have to have a meeting to figure out whether that would work or not."

Curcio of DuPage County, said, "There may be instances where the bid was awarded to someone who wasn't the lowest complying bidder." That situaion could result in the need for a post-bid session, he said, or at least "a justification memo indicating the exact details of why we went with the next-lowest bidder — whether it was for parts availability or whatever."