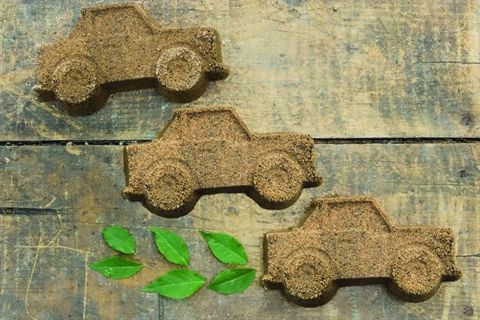 A coalition of Washington State fleet managers has developed an initiative focused on how to efficiently and cost-effectively “green” public sector fleets.

The Evergreen Fleet Initiative is a group of approximately 30 fleet managers attempting to define what constitutes a green fleet. The group then communicates their findings to fleets in the Puget Sound region and beyond. It is a leadership-driven coalition striving to build strict, realistic standards and formally certify fleets as a “best practice” example.

Proponents of the program are working to send the message “green is good” to an audience of public and private fleet managers and administrators across a wide region. In doing so, they aim to establish and implement a broad range of realistic standards or best practices to positively impact the surrounding environment.

“We want to tie some of our goals to those laid out by our State, when possible, such as reducing greenhouse gas emissions throughout our fleet by 2 percent per year, a very realistic goal,” said Leslie Stanton, a manager with the Puget Sound Clean Air Agency in Washington.

Evergreen Fleet Initiative membership was established by late summer 2008, at which time the group began plans to test their findings in five fleets. One fleet in the test group was managed by Allen Mitchell, CPFP, fleet manager at Snohomish County Department of Public Works.

A nonpartisan consultant was also hired to assist initiative members in acting on their findings. The consultant provided recommendations on next steps and how best to set achievable processes.

Among the questions researched were which strategies to implement, how agencies could effectively manage the certification process, and what types of tweaking and refining are typically needed.

“The goal is to put enough rigor and meaning behind these standards so they are enforceable, realistic, and beneficial to the community,” Mitchell said.

More than 90 percent of coalition members provided answers to questions based on their own experiences. Fleet profiles were entered into a master spreadsheet that calculated greenhouse gas amounts. A grouping of assets in conjunction with NAFA Fleet Management Association guidelines helped classify vehicles appropriately so accurate rating schemes could be developed and progress effectively measured. 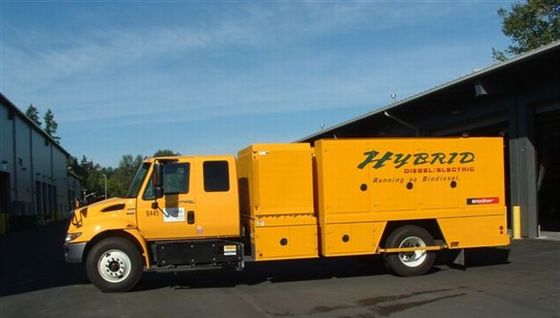 Guidelines Help with Program Adherence
Documentation will be supplied to any fleet interested in certification by the Evergreen Fleet Initiative, according to Mitchell. Interested parties will receive information on policies and measurements they must follow. Participant information is submitted to a governing committee for verification.

Guidelines established by the initiative help managers determine the impact of operating hours, drive time, and fuel use. The group helps members adhere to program guidelines and assists them to better grasp how to manage the fleet at macro and micro levels.

“With this template, fleet managers will have a wealth of information at their fingertips that otherwise would be difficult or time-consuming to obtain,” Stanton said. “We’ve just tried to streamline the process.”

In addition to testing these strategies with existing county and local fleets, the group has developed case studies and cost-benefit analyses of private fleets that have experienced recent success using alternative fuels and other green measures.

A wood product manufacturer provided important feedback to members, Mitchell said. The manufacturer saved more than $100,000 and a 2,000-percent return on his alternative-fuel investments by implementing such policies.

Simply by reducing vehicle speeds and idling times, the wood product manufacturer could provide employees a small monetary incentive. Implementing other policies, including the purchase and retrofit of alternative-fuel vehicles, the business owner was able to shutter operations one day a week, giving employees a day off without reducing their salaries. This step allowed fixed cost savings, helping raise his return on investment.

“This is about reducing pollution and costs across a wide array of fleets,” Stanton said. “Fleets that practice forward-thinking strategies will find they are likely to reap significant benefits later on.”

Initiative Not Just a Computer Program
The Evergreen Fleets Initiative is more than a collection of policies and strategies on a computer software program, according to Mitchell. The group’s advisory committee will soon begin developing a recognizable brand, logo, and Web site so member fleets or those interested in learning more can download information that guides toward Evergreen Fleet certification.

Initiative members are working with a small marketing firm to help publicize the Web site and build the brand on a wide scale, treating it as a small business investment.

Once the pilot project is finished, some standards may be revised. The hope is the Web site will become a portal fleet managers will bookmark and visit regularly to share success stories, costs, strategies, and more.

“It’s a great example of an innovative idea,” Mitchell said. “It might not work as well as we want at first, but we’ll get there because we know the electric vehicle technology will work. It’s just about getting the process down.”

Mitchell has organized a homegrown biodiesel strategy with the help of local farmers who process materials into usable fuel. He and his staff refer to it as the “Seed-to-Tank” initiative. Partners, such as farmers and other stakeholders who assist with this process, have received federal and state grant monies to help build a crusher and dryer facility to assist with the feasibility of biodiesel production.

Once built, the facility will be managed by a farmer’s co-op, which continues to work with the Snohomish County fleet to meet its needs.

Mitchell is also exploring solar options. He is interested in building a solar carport at a centralized location with several stations scattered throughout the county.

“We want to be a leader in retrofits and the cleanup of exhaust emissions,” Mitchell said. The initiative encourages fellow members and participants to actively pursue these strategies. 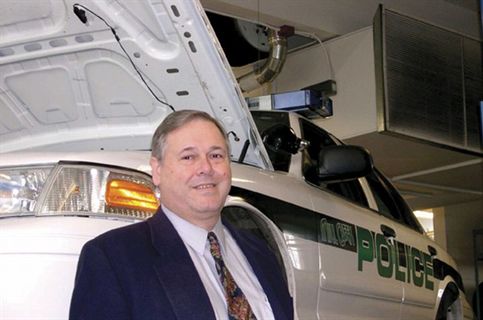 Fleet Initiative Provides Additional Benefits
Adhering to such standards offers additional benefits besides fuel savings, greater efficiency, and environmentally friendly policies. Following such standards could increase the residual value of some fleet vehicles. Also, there is no charge to join the initiative.

Mitchell expects preventive maintenance costs to fall for some fleet vehicles because they will be driven more efficiently. In general, he expects fleet vehicles that adhere to the program will extend lifecycles, resulting in significant cost savings when heavy equipment vehicles, such as heavy dump trucks, are involved.

“We’re even looking at extended oil change and drain intervals when these other policies are implemented,” Mitchell said. “Ongoing analysis is required to determine feasibility, but we’re confident many fleets will be able to save money over time.”

However, some capital costs must be spent by participating fleets, given the cost of alternative-fuel infrastructure. Also, a Toyota Prius hybrid costs several thousand dollars more (around $23,000 for fleets) than a similar gasoline-powered model, Mitchell noted.

Private Fleets Targeted
Although the initiative will initially target public fleets, Stanton and her colleagues want to roll the program out to private fleets as well and are in the process of better understanding the potential private fleet market on a local, state, and regional basis. More than 38,000 public fleets operate in the U.S.; approximately 250-plus reside in the State of Washington, according to Mitchell.

In reality, public sector fleets might comprise as little as 10 percent of all statewide fleets, Mitchell said. Initiative organizers know the majority of participation may come from private fleets.

“We want companies such as Boeing, Weyerhaeuser, and Microsoft to be a part of this program because those larger companies can really help set a precedent others are likely to follow,” Mitchell said. “We also want them to get credit for their ongoing efforts. This initiative can be a great way to let business owners, fleet managers, and local residents in general know there are fleets throughout this region doing the right thing for their communities.”

Perhaps the biggest challenge is the ongoing organization required and test-marketing the idea to other geographic areas.

“We’ll start small and build from there,” Stanton said. “Who knows how large this program could get?”