The City of Ft. Lauderdale, Fla., has become the first privatized U.S. fleet to receive Fleet Sentinel World-Class certification. Only 12 fleets across the country have attained this certification level.

"The entire Ft. Lauderdale Fleet Services staff, as well as that of our maintenance provider, First Vehicle Services (FVS), have a tremendous sense of accomplishment in light of our certification," said John Rencher, senior automotive and equipment engineer for the City of Ft. Lauderdale's Fleet Services department.

According to James Wright, president and CEO of Fleet Counselor Services, the length of time it takes to become certified depends on how well the fleet is managed.

"The real issue is support from upper management," Wright said. "When it comes to managing utilization, most upper-level managers will not begin to touch the subject, and as utilization management is a foundation category, the agency will not pass." 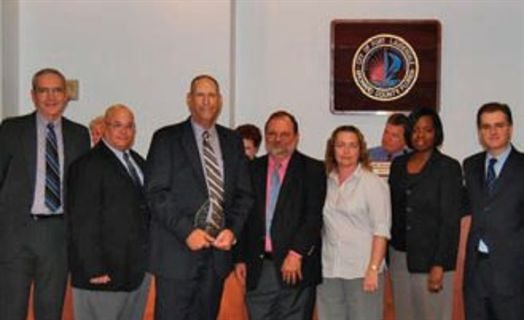 Privatization Allows City to Go to the Next Level

The Ft. Lauderdale fleet, which comprises 1,550 motorized vehicles, is an ASE Blue Seal of Excellence-recognized facility, one of the "100 Best Fleets" in America, and recipient of the Crystal Award for National Fleet Certification.

For the past 27 years, the City has privatized its maintenance operation to FVS.

"FVS has always been very responsive to our needs and wishes, and this certification process made that relationship even closer and more professional," Rencher said.

The stringent requirements of the implementation and performance standards produced a sense of camaraderie and mission among everyone involved in the certification process. The FVS staff, as well as individual technicians and support personnel, were challenged and enthusiastically pursued making national certification for the fleet a reality.

"FVS provides some of the essential credentials for our certification," Rencher said. "We believe this process has given us the training and tools to take our fleet to the next level of service excellence and beyond."
The certification process called for the city's Fleet Services department to carefully examine its utilization and preventive maintenance (PM) programs. This examination led to fine-tuning the lifecycle cost analysis and replacement program by using monthly fleet utilization reports and utilization committee oversight.

In addition, with departmental cooperation, Fleet Services overhauled its PM program, improving customer compliance to reporting and monitoring.
"Using the improved reporting procedures as a feedback system, the PM program became the driving force for our entire maintenance and repair structure," Rencher said.

"These vehicles were challenging to service due to shift assignments," Rencher said. "By lengthening the PM intervals, it minimized overdue PM services."

The program adjustment saved Ft. Lauderdale $8,600 in 2008. Upon verification of the program's success, remaining police fleet vehicles will be transitioned into the program, followed by general administrative vehicles and light-duty trucks.

"This program is about saving agency funding and becoming efficient," Wright said. "Some of our most successful clients have saved millions of dollars."

In current fiscal-year 2008-2009, Fleet Services extended the lifecycle from one to two years for 121 vehicles using pre-certification methodology. This step produced a cost savings of more than $6.9 million. With the utilization program established during the Fleet Sentinel Certification process, Fleet Services anticipates an even greater savings for fiscal year 2009-2010.

Implementing PM program changes will eliminate 2,200 PM service appointments in 2009, saving approximately 4,000 technician hours and about $146,000 in labor costs, according to fleet estimates.

"The calculators used in the Fleet Sentinel program were the impetus to make the necessary changes to fleet operations that would align Fleet Services with industry best practices," Rencher said. 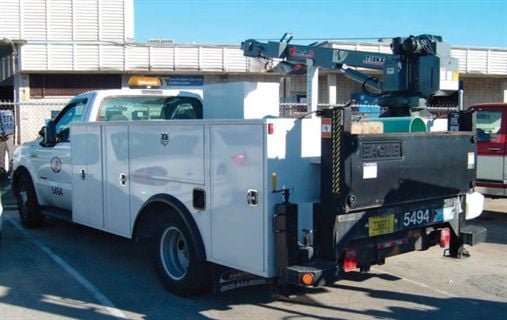 The implementation plans from Fleet Sentinel were specific to the city's fleet needs. Working through the plans in each of the 20 certification categories enlightened the staff to the current state of the fleet's managerial effectiveness and performance. This heightened awareness allowed the City to make immediate and sustained improvements to needed areas.

"The implementation plans gave us focus on the critical areas that produced the most substantial improvements," said Rencher.
According to James Schwab, consultant and on-site inspector, 12 fleets have passed the certification testing. Of the 12 fleets, six are still actively certified.

"The certification is good for two years," Schwab said. "Thereafter, the agency must retest and pass again. The certification status is also suspended if there is a change in management. New fleet managers are required to retest after six months in the new position."

"It is an intense program, but the results are more than worth the effort," he said.