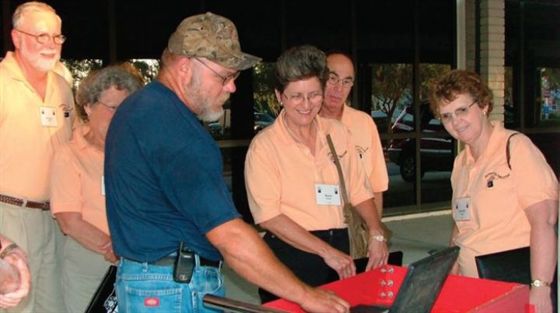 Providing government employees incentives to save on fuel costs is a program that, in its early stages, appears to be working for Polk County, Fla.

The county's fleet department developed an "Employee Incentive Program for Fuel Efficiency" and is currently implementing the program, expected to save the County an estimated $250,000 annually in fuel costs. That savings pool would then be split 50/50 with employees who drive county-owned vehicles on a daily basis. The employee share of savings could amount to $100-$400 per eligible employee as an annual bonus.

The program is led by Bob Stanton, director for fleet management for the Polk County Board of County Commissioners. In 2006, Stanton and his peers developed an idling awareness program to educate employees on the gas mileage costs of idling a vehicle. 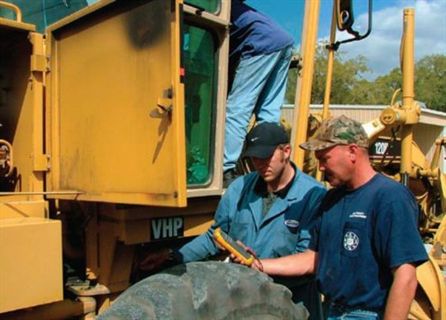 "That's really how all of this began," Stanton said. "We have great employees who want to do the right thing, but needed to be educated as to how much idling is costing our County each year."

The idling awareness program, now enhanced with the incentive program, included placing a "55" sticker on the back of county vehicles that can be driven at or above 55 mph. The sticker represents a county employee's commitment to avoid exceeding 55 mph while driving on all roadway within the County, except for the Interstate, as a way to save fuel costs. That includes county roads that have a speed limit of greater than 55 mph, Stanton said.

Stanton's vision gained momentum in summer and early fall 2008 as fuel prices escalated to record levels. County employees had already been educated about the harmful impact of idling; however, education alone wouldn't be enough to truly drive the message home, fleet officials found.

Polk County upper management authored a letter to all departments de-tailing a formalized fuel conservation plan that not only included the 55-mph restriction, but also encouraged the use of alternative fuels, such as electric and propane-powered vehicles. This strategy was also expected to lower other maintenance costs while enhancing safety, according to the letter written by Polk County Manager Michael Herr.

Details on the positive aspects of reducing or eliminating idling were also outlined in Herr's letter.

"The easiest way to save fuel is to turn off the engine," Herr wrote. As a result, "No Idle Zone" signs were posted at county buildings as a reminder to employees and to create public awareness of the program.

Also communicated to employees was the importance of fuel mileage improvements. Stanton drove one of his fleet vehicles daily over a two-week period. By keeping the mph down, eliminating idling, and taking other steps, he improved his fuel mileage by 12 percent.

"The reality is that it is difficult to en-force some of these policies, especially something such as reduced idling," said Stanton. "We affixed the 55-mph decals to the rear of our fleet vehicles to let residents know we are saving them money. While our employees were aware of recommended conservation strategies, we wanted to provide them with an incentive."

In October, after the idling and alternative-fuel notices, education programs, and decal placement on fleet vehicles, Stanton approached Ford Motor Company to learn more about a training program they had developed to teach teenagers how to utilize better driving habits to save fuel costs and reduce vehicle wear. He proposed using a portion of the Ford program as part of an eco-driving training course for county employees.

Ford agreed to provide Stanton with a modified training template on a CD he can take to all county locations in the coming months. The one-hour eco-training pro-gram will be conducted at each site and Stanton expects more than 1,600 county employees will take the course by the end of January. Employees who take the eco-training program are eligible for financial incentives.

The incentives are available to county employees who mainly drive the same vehicle every day, because their individual progress can be accurately measured. They must agree to abide by all eco-driving principles they have learned. Their success will be closely monitored by Stanton's staff. He expects anyone who agrees to the guidelines will improve their mpg by at least 5 percent. The County can calculate improvement because it will track fuel expense at any given time.

At the end of a 12-month period or the conclusion of 2009, eligible employees who participate in the program will split the amount of money saved by adhering to county policies.

The strategy behind this program is simple, Stanton said. While all employees have the best of intentions in mind even without a financial incentive, they should be rewarded for putting such steps into practice. Stanton had no trouble convincing the county manager the plan would be effective and valuable. 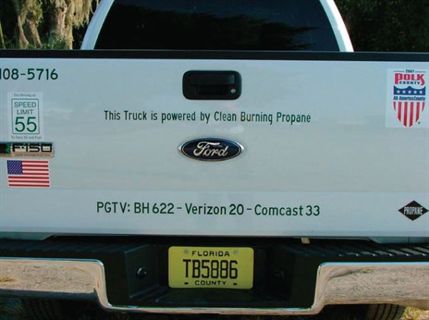 "When our employees have a choice to idle their county vehicle or drive more than 55 mph, they probably won't be-cause they will be taking money out of their own pockets," Stanton said. "It's a pretty straightforward approach, and it serves as a constant reminder that when we do the right thing, everyone shares in the benefits."

Employee driving strategies are the most significant factor in improving the mpg rate, noted Stanton. "The benefits will be easily measured; not only will fuel costs fall, but tire wear likely will be reduced and other maintenance costs in theory should fall."

Reduced tire and maintenance cost may not be measured effectively, but Stanton isn't worried. He considers those hidden benefits the County will realize over time.

Polk County manages 2,159 fleet vehicles. Approximately 400 are considered heavy equipment units, such as bulldozers and graders. Another 150 are trailers. The remaining units are highway vehicles, ranging from trucks to EMS vehicles to public works vehicles to sedans. The only county vehicles Stanton's group doesn't manage are refuse pickup haulers and law enforcement vehicles; the latter are managed by the sheriff's department.

Currently one-quarter of the highway fleet vehicles are installed with GPS de-vices that will make tracking vehicle progress even easier as part of the incentive program. Stanton estimates a high percentage of the remaining freeway-capable vehicles will be outfitted with GPS devices in the next few years. 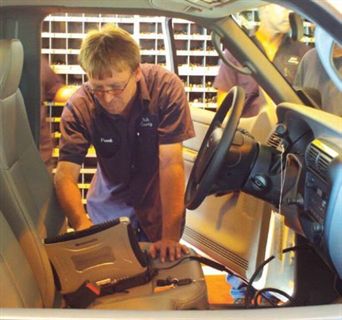 The GPS systems allow the County to monitor compliance with recommended strategies, such as no idling. The County also monitors underutilized vehicles to assure each asset is used to its potential.

Stanton admits the program is a work-in-progress, but he expects significant results. Depending on how volatile 2009 fuel costs will be, the potential measurable savings could total more than $250,000. In that case, Stanton expects other jurisdictions and fleet managers — both public and private — will contact him to see how the County was able to produce such savings.

With volatile fuel prices, kicking off the incentive program will position the County even better going forward when commercial prices could rise to more than $4 per gallon again.

"If we can raise awareness now and get our employees thinking about how to conserve fuel when prices are low, their will and dedication will only be higher when everyone is talking about high gas prices again," Stanton said.

Herr has directed Stanton to seek and evaluate alternative-fuel opportunities that might include additional propane-powered pickups. If feasible, these applications will be tested for other usage. Smaller, more efficient replacement vehicles are being encouraged where possible.

If the Polk County program is as successful as Stanton anticipates, he estimates most employees who use the same fleet vehicle regularly will achieve a 10-percent improvement in mpg. The program is expected boost morale during a challenging economic period for the entire country, one hitting the pocketbooks of all households.

Stanton also anticipates "friendly competition" among employees and between departments in the incentive program. Success lies directly with employees. They determine how much of a "bonus" they will earn at the end of the year.

"We feel this program has real potential, and I look forward to sharing our successes with other fleet managers," Stanton said. "I have no doubt that we are up to the challenge."