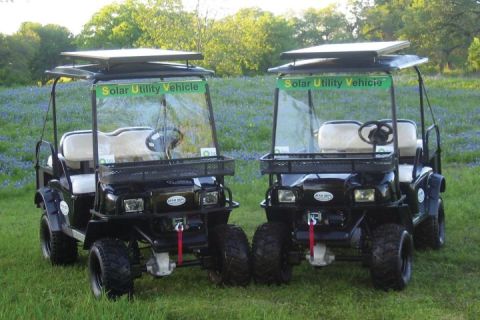 An common vision of the New York City landscape is more likely to include skyscrapers and congested streets than grassy knolls and leaves of green. But beyond the concrete jungle— and even beyond Central Park — the City’s Parks Department fleet serves more than 29,000 acres of parkland in the five boroughs. With this focus on the greener side of the city, it’s perhaps no surprise that Parks was one of the first city fleets to turn its attention to running a more environmentally conscious fleet.

“At Parks, we maintain street trees along with trees and plants in our parks— we call ourselves ‘New York City’s Greenest.’ So we have a more heightened awareness of the City’s environment from working with people in different neighborhoods to studying species in the parks such as pigeons and salamanders,” said Adrian Benepe, New York City’s Parks & Recreation Commissioner.

The City of New York Parks & Recreation jurisdiction includes some of the nation’s most well-known locations: Central Park in Manhattan, Coney Island in Brooklyn, the U.S. Open in Queens, Yankee Stadium in the Bronx, and Fresh Kills in Staten Island, the largest new park development ever.

“Parks cannot produce its own fuel or develop energy technologies. We can be an aggressive and visible consumer and promoter of alternative fuels and cleaner technologies,” said Keith Kerman, chief of operations for Parks.

For 20 years, Parks has hosted a fleet and equipment show each May on Randall’s Island in Manhattan. The show highlights alternative fuels and technologies, and over the years, many biodiesel companies have attended. When one company offered to pilot all-soybean biodiesel (B-100), Parks took the opportunity.

With support from Benepe, the City piloted B-100 with about a dozen selected trucks in Staten Island. After the success of the three-month summer pilot, Parks looked to expand the effort.

“Using a state requirement contract with Sprague Energy, we started dispensing B-20 directly into our fuel stations in two boroughs in 2006. The effort was also successful, and we used all B-20 for our 800 diesel units citywide in 2007,” Kerman said. “We plan to pilot B-50 at one fueling station this summer.”

In addition to fueling with biodiesel, Parks worked with Toyota to use electrics and hybrids and partnered with GEM to bring 275 all-electric carts for use in parks in every borough. Some type of alternative fuel or emissions reduction technology is used in over 1,500 fleet vehicles. “These are not small demonstration projects anymore,”Kerman said.

“We’re extremely visible in the City so we’ve had the opportunity to partner with different car companies such as Toyota and DaimlerChrysler to get electric cars, hybrids, and solar utility vehicles,” Benepe said. “We promote the use of greener fuel and technology wherever our vehicles are seen.”

Parks’ alternative-fuel pilot programs were successful, in part, because they researched the potential pitfalls of biodiesel and worked to avoid them: gelling in cold weather, degrading in the tanks if not used quickly enough, clogging fuel lines from built-up debris, less energy output, and possible warranty problems.

“Changing the type of fuel must be done carefully,” Kerman said. “But, after 18 months, the transition has been almost problem-free. We have had no operational or maintenance issues. Our one adjustment is to use B-5 in January and February. This is solely a precaution since Parks plows snow in the winter.”

Another potential challenge Kerman noted was its role as the first agency to employ the technology — and the first to explain to others what it was doing and how it worked. Perhaps the biggest obstacle wasn’t presented by the fuel as much as the City’s terrain itself. In New York, fuel availability is critical.

“Our vehicles spend more time in traffic than those in less-populated locations, but we have had no issue using biodiesel when idling,” Kerman said. “We encourage our drivers to turn off the vehicles instead of idling to save energy and limit emissions.”

Another challenge is ensuring that alternative fuels or new-vehicle technologies do not limit the work Kerman’s staff can do. With the fleet’s territory ranging from crowded city streets to beaches to city parks, alternative-fuel vehicles must perform in a diverse landscape.

“For example, hybrid SUVs can’t be used by lifeguards on our beaches due to sand and salt issues,” Kerman said. “Most electric pickup trucks on the market are not durable enough for our uses. Greening the fleet must be achieved without limiting our ability to clean and operate the parks. So far, we have done that.”

Despite the challenges, Kerman said the benefits prevail, and biodiesel is a viable solution — for now, at least.

“I think it’s fair to say that no one knows for sure the long-term future of energy or fuel. I’ve always rooted for solar. Right now, biodiesel is a domestic, renewable, and cleaner fuel source that can be implemented quickly on a large scale and with minimal to no changes in infrastructure, equipment, or staff training. A blend such as B-20 and ultra low sulfur diesel, which is our blend, is a low-hanging fruit for organizations looking to take their first real steps to green their fleets,” Kerman said.

He also noted that biodiesel is not the only solution. The Parks Department uses CNG, hybrids, all-electrics, and emissions reduction equipment. One hundred older SUVs were exchanged for smaller, more fuel-efficient sedans. Thanks to a donation from British Petroleum, the department added two solar units to its fleet.

“Since these solar-powered units do not need to be charged from the electric grid, they will be true zero-pollution vehicles,”said Benepe.

At this point, biodiesel is working for the New York City Parks Department. “Biodiesel is our largest effort to date. In the past, biodiesel was more expensive than regular diesel,” Kerman said. “The cost difference between regular diesel and B-20 has shrunk. In government especially, there are many grants out there to help pay the cost increments for hybrids. And, energy and fuel savings can help pay for them over time. Going green does not always require a lot of green.” 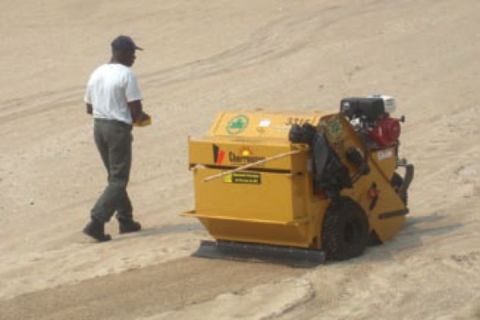 According to Kerman, biodiesel is also a safer fuel. “We spend a lot of time and money protecting against fuel leaks and fires at our dispensing tanks. Organic products such as biodiesel, especially B-100, have lower flashpoints, which means they are less likely to explode and are less harmful to water and soil,” he explained.

Benepe sees the alternative-fuel trend spreading, with New York City a significant agent for change. “I think people are beginning to take alternative fuels seriously and its use will be more widespread. With the mayor’s mandate that taxis meet certain emission levels and trade in cars for hybrids, I think the trend is going to start to spread more rapidly from city agencies to businesses and homes,” he said. “We look forward to being among the first to use fuel cell technology in our fleet, as well as the day when we can have a fleet of hybrid or electric heavy-duty trucks. Change is coming and New York has always been happy to lead the way."

Read more about B-100 Off-Road Equipment