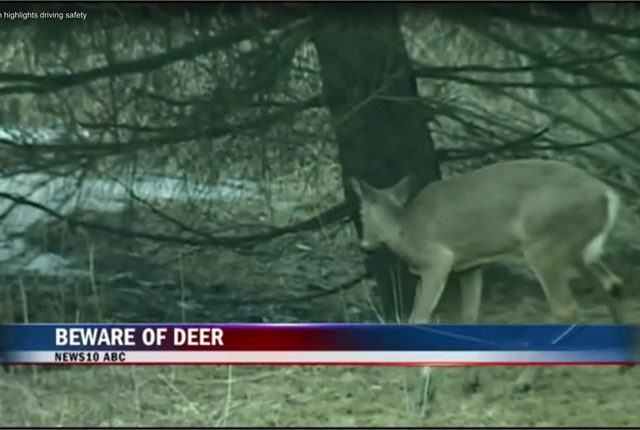 December isn’t just the holiday season; it’s also the tail end of deer mating season when the animals are more prone to wander.

Unfortunately, fleet drivers this time of year are much more likely to see a deer dart unexpectedly into the roadway than to see one towing a flying sleigh. So here are some tips from the Insurance Information Institute to help drivers avoid a collision with a deer:

To view a video about the subject from News 10 ABC in Albany, N.Y., click on the photo or link below the headline.