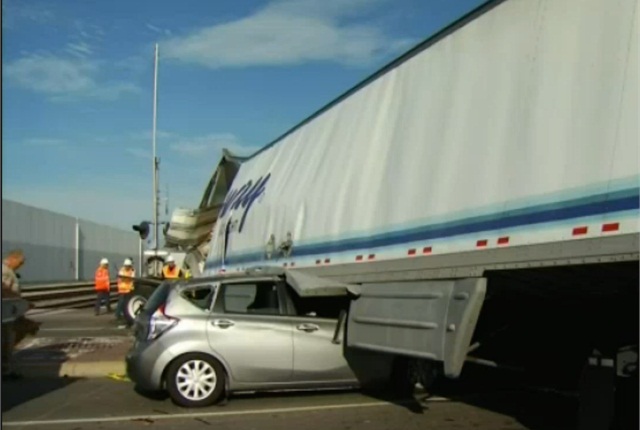 Surprisingly, it’s still common to see cars and trucks momentarily stopped on railroad tracks in gridlock traffic. And some drivers make a habit of accelerating to beat the gate coming down when the railroad crossing lights start flashing because a train is approaching.

This kind of risk taking has tragic consequences. In 2014, there were 2,287 collisions at railroad crossings in the U.S. Those resulted in 269 fatalities and 849 injuries, according to preliminary statistics from the Federal Railroad Administration’s Office of Safety Analysis.

Here’s some advice from Operation Lifesaver you can pass along to fleet drivers as a friendly reminder:

To view a video about a recent Los Angeles-area crackdown on driving violations near railroad crossings, click on the photo or link below the headline.

To watch a PSA from Operation Lifesaver, click here.

Related: Be Safe…Always Expect a Train