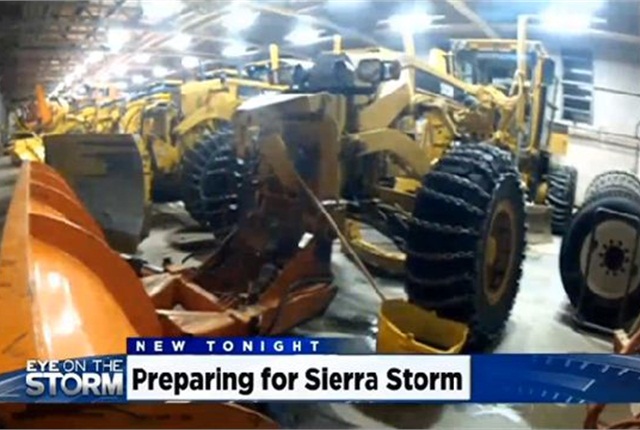 Caltrans began deploying its snow plows along Interstate 80 on Thursday to clear the road for traffic heading east toward Reno as a massive winter storm descended onto the Sierra Nevadas near Donner Pass.

"Caltrans' first priority is the safety of the motoring public and we will be working around the clock to keep roads open and clear," said Director Malcolm Dougherty in a release.

The state transportation agency appears ready to deal with snowfall after it readied 1,500 pieces of storm-related equipment and gathered resources at its Kingvale Maintenance Station. Dave Wood, the station's supervisor, told CBS Sacramento he's supervising the largest collection of snow removal equipment in the state.

Caltrans brought in several pieces of special equipment at Wood's disposal, including two pusher trucks to move stalled tractor-trailers from the roadway, road graders equipped with chains that can clear snow from two highway lanes, and several large snow blowers that can process 2,500 tons of snow per hour.